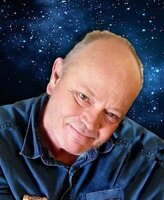 Tim had a passion for traveling, truck driving and his grandchildren. Tim enjoyed taking photographs, watching football and playing with his dogs. Any chance he got to try a new adventure he was up for the challenge. He was known for his quick-witted humor and his kind compassionate spirit.