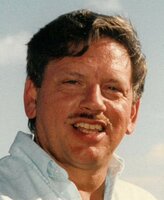 Andrew (Bill) Mook II, 78, of Rio Rancho, NM, passed away at his residence on February 28,2022 surrounded by his family.

Bill was born on July 13, 1943, in Meadville, Pa, the son of Andrew W. Mook and Jeanne (Titus) Mook. He graduated from Butler High School in 1961, and later he graduated from Penn State University. Bill served honorably in the US Airforce during the Vietnam War.

He worked for Sternby  Associates Real Estate and he was a manager of The Pa. Wine and Spirits Store, at the Park Ave Plaza in Pennsylvania. Bill was a member of the American Legion, Post 118,in Rio Rancho. Also a member of the Rio Grande Road Runners. He loved to travel and listen to the Blues.

Services to be held at a later date.