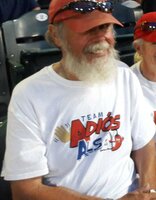 Donald R. Bloom (73) was born in Teaneck, NJ, to Onnie and Josephine Bloom on October 28, 1948 and passed away on May 5, 2022, in Albuquerque, NM. The funeral will be held at Our Lady of the Assumption Catholic Church on Friday, June 3, 2022. The Rosary will be at 10:30 a.m. followed by Mass at 11:00 a.m. Burial will take place at a future date at Gate of Heaven Cemetery. In lieu of flowers, it is requested that donations be made to the ALS Chapter in NM in memory of Don to help find a cure for this disease. On December 17, 1977, he married Kathleen (Kate) (Lippert) Bloom. He leaves behind Kate, his wife of 44+ years. He is also survived by a brother, Gwain Bloom (Renee), two brothers-in-law, David (Nancy) Lippert (Iowa) and Mark (Wendy) Lippert (Georgia), seven nephews, three nieces, three grand nephews, and six grand nieces. The cause of death was ALS (aka Lou Gehrig’s Disease). Donald (Don) lived his life to the fullest. He enjoyed many activities in his lifetime (traveling, bicycle riding, hiking, walking, golf, and scuba diving). Don loved watching hockey and college football. He was an avid baseball fan since his days as a child in the New York City area. Later in life he became a #1 fan of the St. Louis Cardinals (his all time favorite baseball team). He traveled extensively abroad and in the US. Among his favorite destinations were visiting numerous National Parks and wildlife refuges. His favorite memory is riding the mules down to Phantom Ranch at Grand Canyon National Park in celebration of his 65th birthday. He was a graduate of Dumont High School, North Carolina State University (engineering degree), Babson College (MBA), a graduate assistant at Penn State, and New Mexico State University (Master’s degree in Accounting). During his early life Don was a professor and later he went on to pursue a career as a CPA. Don taught Finance as a graduate assistant at Penn State, business classes at St. Bonaventure University in New York State and Northern Michigan University in Marquette, NM. In 1983, he and his wife moved to Las Cruces, New Mexico where he worked as a graduate assistant and earned his Masters Degree in Accounting. Upon graduation, he and his wife moved to the Albuquerque area where he worked as a tax accountant for the Peat Marwick (KPMG) accounting firm and in the Trust Department at a local bank. Because Don enjoyed helping people he decided to open his own accounting practice. He was very successful for several years. In 2011, Don retired but within a few years found himself bored, so he worked part time as a crossing guard in Albuquerque for a few different elementary schools. He loved his crossing guard position because he loved being around kids. In 2018, Don was diagnosed with ALS (Lou Gehrig's Disease). One of Don’s fondest memories was attending his first Major League baseball game at Yankee Stadium with his dad shortly before his eighth birthday. Don often spoke of walking out to center field in that stadium after the game where there were monuments of famous Yankee players. He remembered two of the players on those monuments…Babe Ruth and Lou Gehrig. Lou Gehrig became his favorite player. Little did he know that one day he would be diagnosed with ALS (Lou Gehrig's Disease). Don fought a valiant battle against this disease. He became an avid spokesperson for ALS and educated others during his battle with this disease.