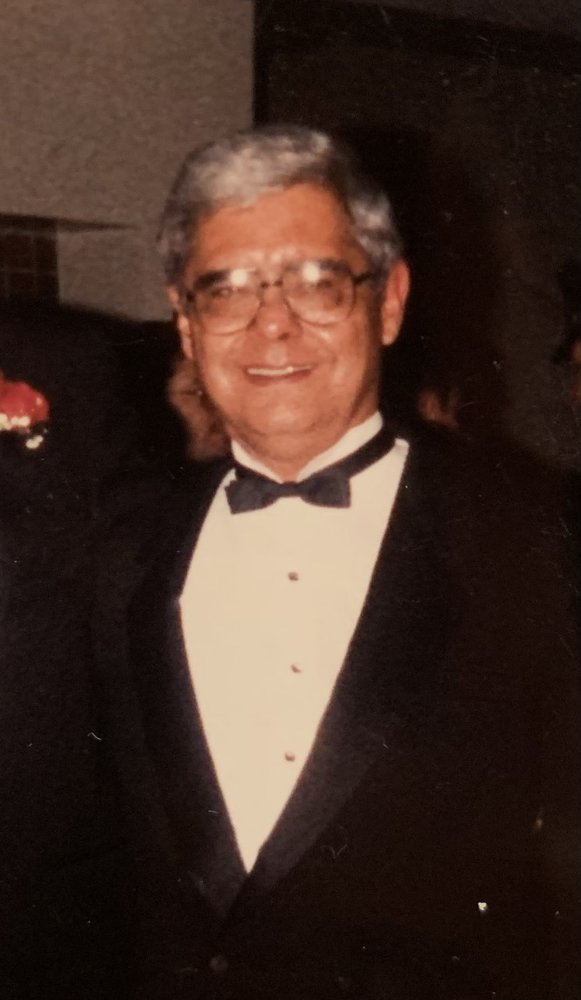 Carlos, lifelong resident of Las Vegas, N.M., was a devoted Catholic and an influential figure in his community and throughout the state. Whether it was at a political function, his grandkids sporting events, or coffee with his pals — he was sure to light up any room with his joking and prankster personality. With his lighthearted personality, Carlos carried his big heart on his sleeve. He influenced, encouraged, and motivated so many by being a true leader.

Carlos attended New Mexico Highlands University and served 15 years in the U.S. Army National Guard. When the City of Las Vegas was consolidated, Carlos was elected the first consolidated City Councilor, later going on to serve as a City Councilor for two consecutive terms and co-owner of Roggow’s Coin Machines (aka “The Shop”). He was a Highway Commissioner, former President of New Mexico Municipal League and a DNC National Delegate for President Jimmy Carter.

Sister, MaryLou Lopez of Albuquerque and many nieces, nephews and dearly beloved friends.

Carlos was preceded in death by his mother Mary Montaño.

He is unconditionally loved and missed.

In lieu of flowers, donations may be made to St. Jude Children’s Research Hospital -

Rosary services are to be held on Tuesday, June 15, 2021 at 7:00pm at Immaculate Conception Church in Las Vegas, N.M. Funeral mass will be the following morning at 9:00 with Father George Salazar as celebrant. Interment of his ashes will take place immediately after at St. Anthony’s Cemetery in Las Vegas.

To send flowers to the family or plant a tree in memory of Carlos Gallegos, Sr., please visit Tribute Store
Tuesday
15
June

Share Your Memory of
Carlos
Upload Your Memory View All Memories
Be the first to upload a memory!
Share A Memory
Send Flowers