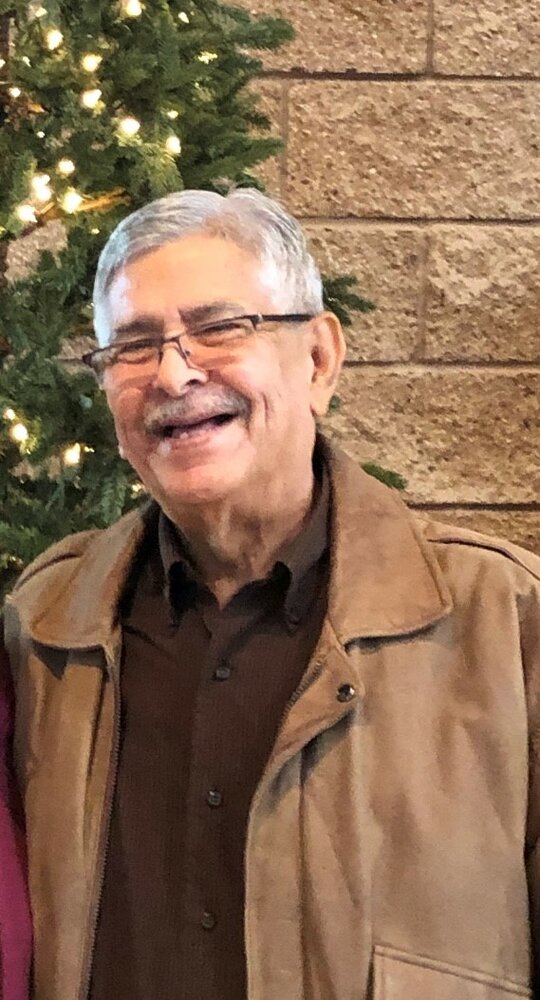 Tommy Orosco passed away on November 12, 2021 at the age of 79 at his home in Albuquerque, NM surrounded by his family.

Tommy was born on February 17, 1942 in Artesia, New Mexico to Benjamin and Concepcion Orosco. He attended school in Artesia and graduated from Artesia High School in 1961. Tommy began working for C.R. Anthony’s at the age of 16 and continued working and promoting through the company for thirty-nine years; he was manager of stores in many cities in New Mexico and Texas throughout the years. He went on to manage other retail stores for another twelve years until retirement. Tommy married Isabel, the love of his life, on Thanksgiving Day in 1963. Tommy brought love and God into the marriage. He left this earth just shy of fifty-eight years of marriage to Isabel, together they had two children, Robert and Melissa.

The constant in Tommy’s life was his love and dedication to the Church. Throughout his life he served the Church in many capacities including altar boy, communion minister, consolation ministry, Bible studies, Church council, choir, money counter and the Knights of Columbus. He loved praying the rosary and the Chaplet until his last days. His dedication extended to his work life as well including his involvement in the Chamber of Commerce, the Lion’s Club and the Kiwana’s Club.

Tommy was preceded in death by his parents Ben and Concepcion, two sisters Floye and Ermina and three brothers Mike, Gilbert and Joe. Tommy is survived by his wife Isabel of the home, his son Robert and wife Bertha from Tucson, AZ and his daughter Melissa from Lubbock, TX; two grandchildren and three great grandchildren and his faithful companion Sophie.

Tommy made friends easily; most turning into lifelong friends. He was known for his quick wit, his playful personality and his kind and compassionate spirit.

A mass of resurrection will be held on Friday, November 26th at 9:00 a.m. at St. Joseph on the Rio Grande Catholic Church at 5901 St. Joseph Blvd, Albuquerque, New Mexico. A rosary will precede the mass at 8:15 a.m. Due to Covid-19, everyone is asked to wear a mask.

To send flowers to the family or plant a tree in memory of Tommy Orosco, please visit Tribute Store

Share Your Memory of
Tommy
Upload Your Memory View All Memories
Be the first to upload a memory!
Share A Memory
Send Flowers