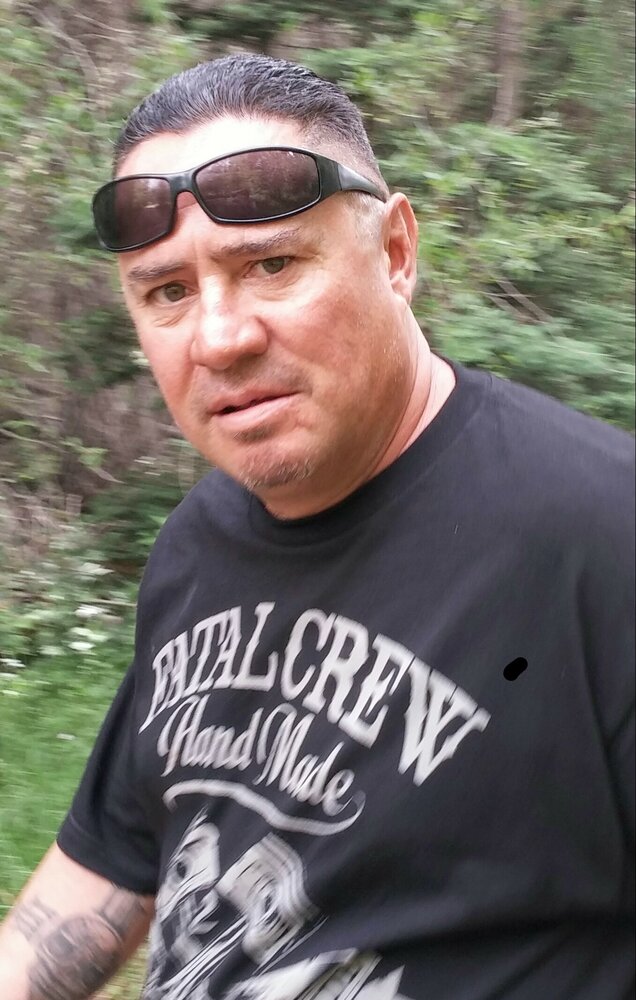 Charlie was born on December 22, 1969 in Albuquerque New Mexico where he was raised and lived. He attended school at Govenor Bent elementary, Cleveland Middle school, and Del Norte High school. After completing his general education Charlie worked as a Janitor at Honeywell. He then joined the Iron Workers Union where he worked briefly.  After he pursued working in the Construction /Landscaping business where he worked over twenty years.  He worked on many Landscape jobs through out the Albuquerque metro.  Charlie was always so proud of his work. When driving  by a property that he worked on, he would point out, sharing the details of working on it.
At a young age Charlie had a love for motor cycles. It started with his first toy chopper he got for his Birthday one year. Then followed with BMX bicycles, dirt bike, and motor cycles. As a kid he rode motor cross with his brother. He also played football with the YAFL and was a life long fan of The Pittsburg Steelers.
Charlie had a passion for cooking especially for others. He made the most delicious dishes.  He also enjoyed driving on Central through Route 66.  He liked listening to all Genres of Music and attended many music concerts in his youth. Most of all Charlie loved the dear Lord our God. He would read his Bible regularly, would turn to the word of God for guidance, and at times would share scriptures with his loved ones.  He always looked forward to attending Church on Sunday mornings.

Charlie loved, cared, and valued his entire family.  He was a loving and caring father and son.  His children were his life, he loved and cared for them deeply.  He also adored his two grandchildren.

Charlie will be missed dearly by his  family and friends. He will never be forgotten.

To send flowers to the family or plant a tree in memory of Charlie Otero, please visit Tribute Store
Friday
21
January