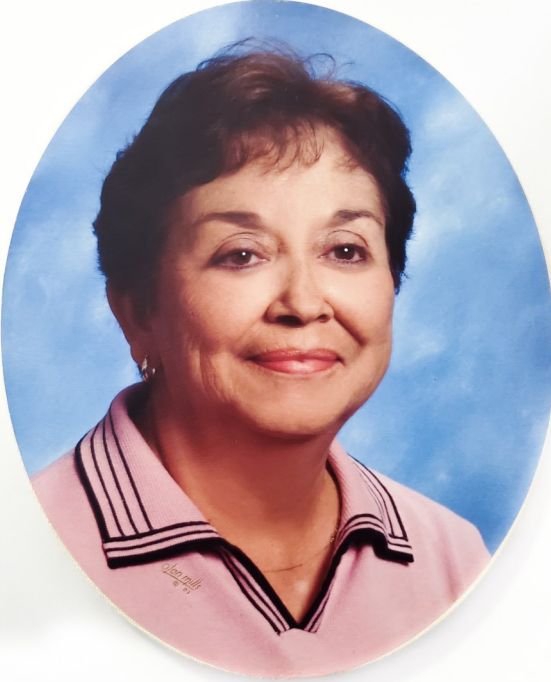 Lydia Romero passed away peacefully in her sleep on January 9th, 2022, in her home in Santa Fe New Mexico. She was born on September 17th, 1942, in Taos, New Mexico, and she married Orlando Romero in Vadito on June 10th, 1961. The two were married for 60+ years and they had 2 children together, Yolanda Gutierrez (David Gutierrez – deceased), and Edwin Romero (Pauline Williamson). She is proceeded in death by her parents Gilbert Herrera Sr., Maria G. Herrera, her brothers Ralph Herrera (widow- Dora Herrera), William Herrera (Sophia Herrera – deceased), and sister Elsie Herrera. She is survived by her sister Helen DeHerrera (Joseph DeHerrera), and brothers Gilbert Herrera (Helen Herrera), Eloy Herrera Rosemary Herrera), as well as 2 children of her own, and her 3 grandchildren, Kimberly Ortiz (Armando Medrano), Jadrien Romero, Melissa Williamson (Brandon Atencio), and 4 great grandchildren, Arturo Medrano, Oliver Medrano, Lydia Romero, and Brooklyn Atencio.

Her family was the light of her life. She was a beacon of hope, a pilar of strength, and an endless source of knowledge to so many people over the years. She was a strong woman, and her determination knew no bounds. Her house was a home, and her door was always open to anyone in need. Lydia was a mother, a wife, a sister, a grandmother, a great grandmother, but most of all she was an inspiration. She made an impression on everyone that crossed her path, and her memory will live on in the hearts and minds of all her loved ones. Lydia lived a long and blessed life, and she leaves behind an illustrious legacy that will continue to inspire generations to come.

*In lieu of flowers donations can be made to St. Jude Children’s Research Hospital*

To send flowers to the family or plant a tree in memory of Lydia Romero, please visit Tribute Store
Friday
4
February

The Services of Lydia Romero

Share Your Memory of
Lydia
Upload Your Memory View All Memories
Be the first to upload a memory!
Share A Memory
Send Flowers
Plant a Tree