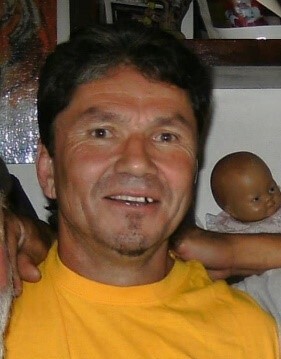 Ricky Antonio Aragon, 56, A resident of Chama passed away on January 24, 2022 due to injuries of a motorcycle accident.

Ricky was a loving brother, son, brother-in-law, and friend. He loved joking around, spending time with family and friends. He will be missed dearly by the people who knew him.

Ricky is also survived by numerous grandkids, nieces, nephews, family, and friends that will truly miss him.

To send flowers to the family or plant a tree in memory of Ricky Aragon , please visit Tribute Store

Share Your Memory of
Ricky
Upload Your Memory View All Memories
Be the first to upload a memory!
Share A Memory
Send Flowers
Plant a Tree