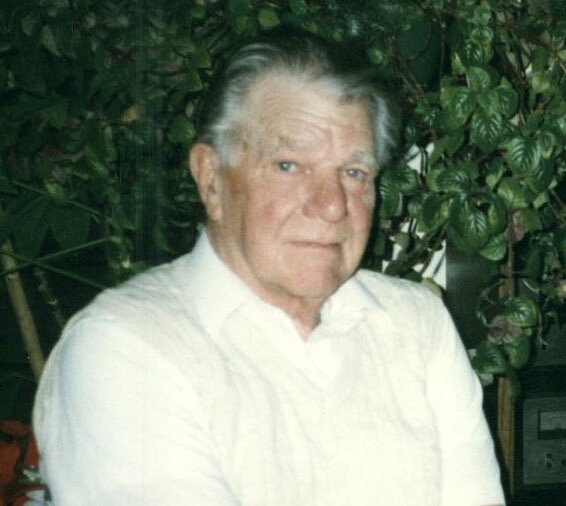 Our loving dad William L. ”Pops” Beske Sr. passed away at home On February 7, 2022, after almost reaching his 100th birthday.  He was born April 12, 1922 in Covington, Kentucky to immigrant parents Wilhelm and Olga Beske.  In his early teenage years, he lived through and was a witness to the years of the Great Depression.  He joined the Army Air Corp in 1942and during World War II he served in both the European and Pacific campaigns as a navigator., continuing his military service in SAC and retired as a major in the USAF.  He also retired after twenty years with the FAA.  He was a football referee and baseball umpire for many years, he enjoyed reading and crossword puzzles.  He met and married the love of his life, Grayce “Gaga” Allison Beske, in July 1944, she died in 2008 after 64 years of marriage. Together they raised six children, plus they were blessed with 10 grandchildren and 14 great-children.  After his retirement, they built their home in the Manzano Mountains, enjoying the mountain life with many beloved pets. He once said to one of his sons, towards the end of his life “You know, I really have had a wonderful life.” Indeed Pops, you have had a wonderful life and will be remembered with lots of love.

To send flowers to the family or plant a tree in memory of William Beske, please visit Tribute Store