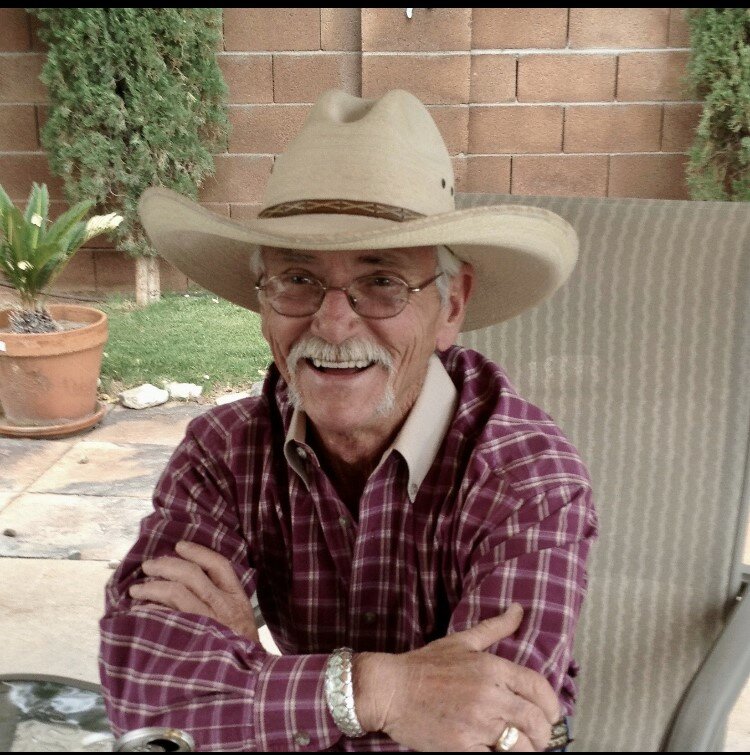 Russell Reynolds, our father, brother, uncle and most importantly a friend to all took his final horseback ride into the sunset on January 9th, 2022, at the age of 74.

In his last days he was surrounded and cared for by many close  friends and family that loved him dearly.

Russ was born in Audubon, New Jersey on March 17th, 1947. He moved to Albuquerque with his family in 1959. He attended military school in Ponca City, Oklahoma and graduated high school from Del Norte High School.

As a young amateur bull rider, he loved attending and watching pro rodeo throughout his entire life and was a die-hard Dallas Cowboy football fan.

He was drafted into the US Army in 1966 to serve his country in the Vietnam War until his honorable discharge in 1968. Some of the decorations, medals, badges and commendation awarded were Army Commendation Medal, Vietnam Campaign Medal, Vietnam Service Medal, National Defense Service Medal, Combat Infantryman Badge, Good Conduct Medal, Presidential Unit Citation and Meritorious Unit Citation. He retired from Diamond Shamrock Corporation as a Corporate District Manager.

Russ fulfilled his lifetime dream of retiring on a small ranch in Tularosa, New Mexico. The things closest to his heart were his horses, horseback riding, and living the “Cowboy Life”. He was never seen without his boots, spurs, cowboy hat and belt buckle with his Wrangler Jeans.

He is survived by his Daughter Christi Warner (Robert), son Brad Reynolds, grandchildren; Mikae(Tyler) and Destyne, three great-grandchildren, his sisters; Bj Shields, Donna Davis, and Bonnie Hargrove. Also leaving behind his beloved family he leaves many friends that will always fondly remember him and dearly miss his guidance and friendship.

To send flowers to the family or plant a tree in memory of Russell Reynolds, please visit Tribute Store

Share Your Memory of
Russell
Upload Your Memory View All Memories
Be the first to upload a memory!
Share A Memory
Send Flowers
Plant a Tree