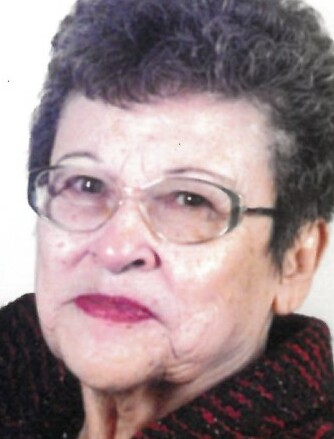 Ursinia Dorotea Hernandez passed away on March 10, 2022 surrounded by her loving family. Ursinia was born on October 6, 1936 in Pena Blanca New Mexico. She and her family lived in Pena Blanca until 1950 when the family moved to Albuquerque. There she met Tony Hernandez and not long after, they fell in love. Tony and Ursie were married in Juarez, Mexico on December 10, 1951.

Ursinia and Tony's love for each other extended to each of the four children born to them. As parishioners of Saint Charles Borromeo Chuch, they faithfully raised them as Catholic and saw that they were educated at the parochial schools of Saint Charles and Saint Pius. Most of Ursinia's accomplishments were as a mother and wife, but she also worked at various times: for Sears, Easter Seals, The American Cancer Society, the US Census, and she delivered phone books. Some of her enjoyments were the horse races, the casinos in Nevada and New Mexico, poker, bingo, mariachis, dancing, and baseball.

In 2011, she lost Tony, the love of her life, after 59 years of marriage. She was also preceded in death by her father Valentin, mother Cecilia, sister Priscilla, brothers: Ramos, Albert and Frank, son-in-law Walter Ernst and great grandchild Ethan Ernst.

Reception to be held in the Saint Charles School Cafeteria at 11:00am.

Interment to follow at Mount Calvery Cemetery at 2pm on March 22, 2022.

To send flowers to the family or plant a tree in memory of Ursinia Hernandez, please visit Tribute Store

Share Your Memory of
Ursinia
Upload Your Memory View All Memories
Be the first to upload a memory!
Share A Memory
Send Flowers
Plant a Tree