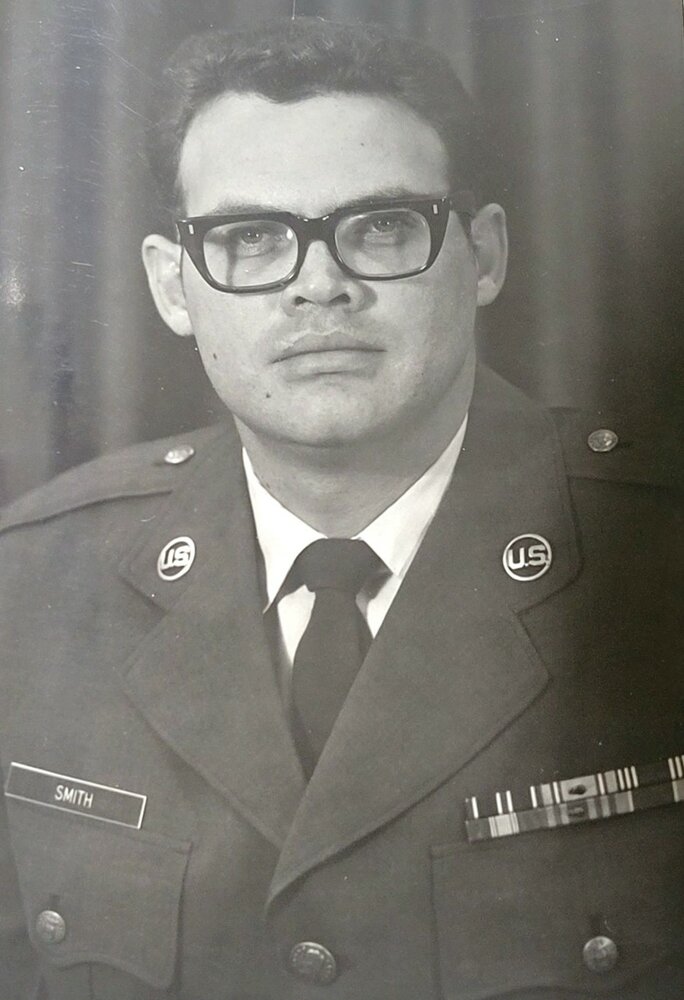 Kenneth W. Smith passed away at the age of 80 on March 7th, 2022. Ken was a devoted husband, father, and grandfather.

Born and raised in Arkansas, he enlisted into the Army as a teenager. He served for two years before he enlisted into the Air Force. He retired as MSGT from the Air Force after 20 years and was stationed in places like Greenland, Vietnam, and the Philippines where he did security detail for Lady Bird Johnson. He started two other careers in his lifetime: first as a diesel mechanic, and then he worked many years at State Farm Insurance. He loved camping and hunting, which he enjoyed with his good friends Marty and Percy.

He is survived by his wife, Reyes, of nearly 61 years. Also survived by his daughters Felicia (Jim) Wright, Veronica "Ronnie" (Guy) Steltzer, and son Vincent Smith, along with his four grandchildren: Benjamin Covert, Dustin Allen, Amanda (Henry) Graack, and Cassidy Steltzer. He will be missed very much by everyone who knew him. A family service will occur in the near future at the Santa Fe National Cemetery with military honors.

In lieu of flowers, the family is requesting donations to be made to Fisher House Foundation at fisherhouse.org

To send flowers to the family or plant a tree in memory of Kenneth Smith, please visit Tribute Store

Share Your Memory of
Kenneth
Upload Your Memory View All Memories
Be the first to upload a memory!
Share A Memory
Send Flowers
Plant a Tree