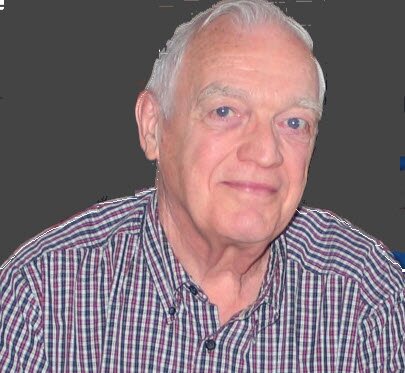 Earle Ramon Lewis died in his sleep sometime early Tuesday morning March 22, 2022 in his home with his son, daughter-in-law, and two grandsons in Albuquerque, New Mexico. Mr. Lewis was born June 29, 1937 in Owego, New York, a son of the late William and Ruth Van Pattern Lewis. He graduated from Central High School in Syracuse, New York and was actively engaged in his high school reunions. He worked at Carrier and then mainly as an industrial salesmen afterward until retiring. Mr. Lewis was an enthusiastic and expert Square Dancer for most of his life. He was also an avid fisherman and hunter in his younger years. He also enjoyed coin collecting, genealogy, and watching sports, Most importantly he gave his time for 15 plus years to volunteering with his local Senior Center and Peace Inc. in Syracuse New York and was even named Senior Volunteer of the Year. Before COVID and moving to New Mexico he was an active member of the First Church of Christ Scientist in Dewitt, New York. He was predeceased by  his brothers Richard E. Lewis and Brian K. Lewis. He is survived by his son Jeffrey Young and his wife Delfina Young, two sister-in-laws, six grandchildren, 11 greatgrandchildren, and several nieces and nephews. Services will be held at a later date in New York. His cremation and preparation is being taken care of by Riverside Funeral Home in Albuquerque, New Mexico.

To send flowers to the family or plant a tree in memory of Earle Lewis, please visit Tribute Store

Share Your Memory of
Earle
Upload Your Memory View All Memories
Be the first to upload a memory!
Share A Memory
Send Flowers
Plant a Tree