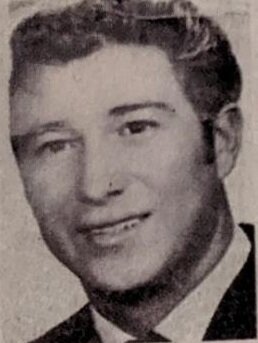 Epifanio “Eppie” Gallegos was born on April 20th, 1945. He was from La Jara, New Mexico. He passed away on March 26, 2022. He was 76 years old.  He is preceded in death by his parents, Baltazar and Teofila Gallegos and his brothers, Don Gallegos and Pat Gallegos. Epi was married on June 7, 1969 to Sylvia Gallegos (Segura) for 53 years. Together they had two children; Charles and Rhonda and two grandchildren: Emma and Oslo. He is survived by brothers and sisters Ralph Gallegos, Dennis Gallegos, Bobby Gallegos, Richard (Walter) Gallegos, Sylvia McCoy, Tillie Armijo, and Tita Gallegos.

Epi graduated from Cuba High School.  He was a military veteran; he served in the United States Army and he was stationed in both California and Germany. He was a graduate of Parks College. He retired from “the labs” in Los Alamos, New Mexico. Epi was a member of Our Lady of Sorrows Catholic Church in Bernalillo, New Mexico. He will be placed to rest in Santa Fe, New Mexico at the Santa Fe National Cemetery.

Epi and Sylvia lived together for 15 years in Bernalillo, New Mexico. They also lived in Arizona, Wyoming, Colorado, and Alaska. During his retirement in Bernalillo, Epi began collecting and building his “oldies” and participating in car shows with his numerous classic cars and trucks. Epi was a traveler and a hunter. He was happiest on his property in La Jara, New Mexico. He loved music, specifically Country, Classic 1950’s music and his favorite New Mexican music.  He once won a dance contest and was featured on KOB TV when he was 7 years old.

Epi enjoyed drinking coffee with his friends at McDonald’s, talking and laughing on his porch with family and doing anything and everything with Sylvia by his side. Epi was the very best son, husband, father, grandfather, brother, tio and friend. He was humble, kind, generous, brave, honest, reliable, smart, he could fix anything and he had the best sense of humor. He was the very best storyteller too. No one was more proud of his wife, his children and his grandchildren than him. His family, his friends and his faith were everything to him. He will be missed everyday, he will be loved forever and he will never be forgotten. Epi was truly special, he was a one-of-a-kind man and he will always be remembered as  “One of the Great Ones.”

To send flowers to the family or plant a tree in memory of Epifanio Gallegos, please visit Tribute Store