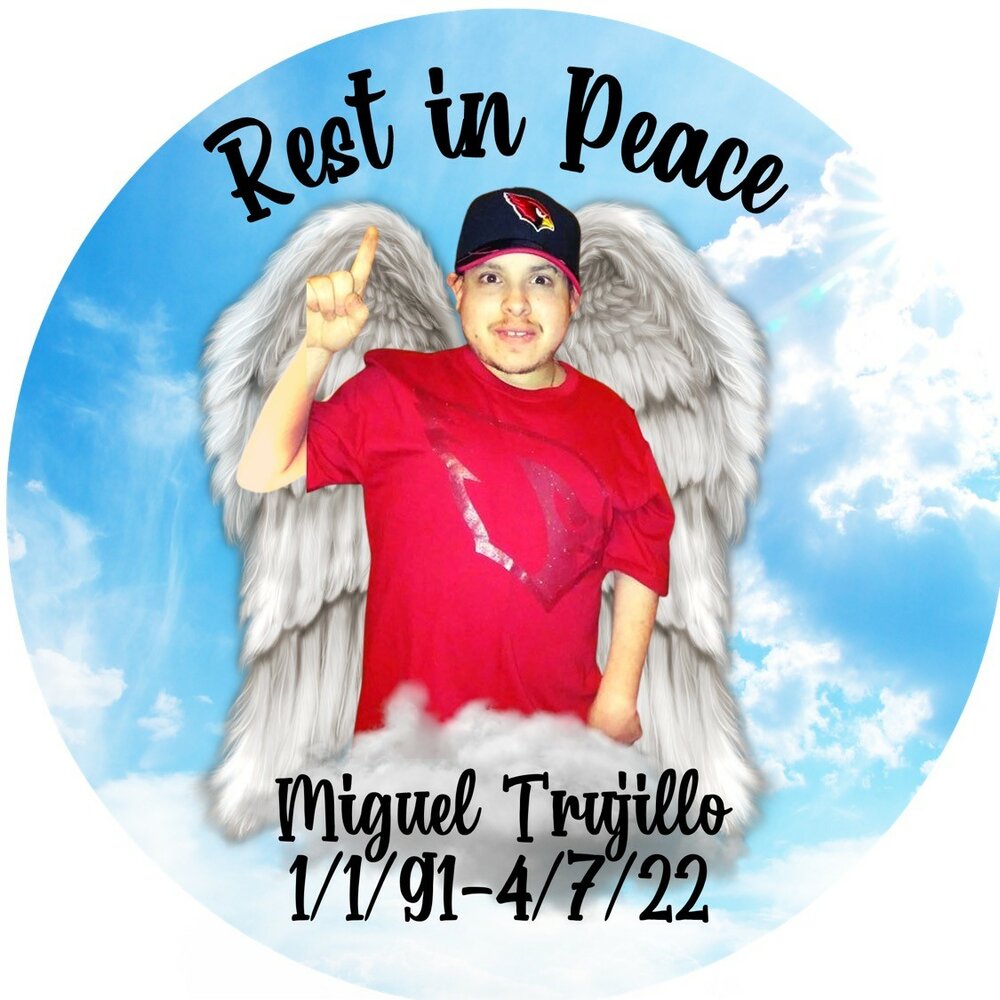 Miguel was cheerful and joyful while adapting to his life with disabilities. Miguel constantly improved his independence and sense of empowerment and outlook. He is a 2010 high school graduate from Highland High School from Albuquerque, NM. Miguel worked as a stockperson for Goodwill, Adelante and Lowes Grocery Store. He enjoyed watching scary movies, playing video games, riding NM State Fair carnival rides and being with his family.

He is survived by his mother Martha Avila, sister Theresa Trujillo (Troy), brother Kevin Trujillo (Angelica), nieces Nevaeh, and Evangelyne, and nephews Hilario and Ezequiel and special aunts Mary Montano and Faith Rivera, Uncle and Aunt Harold and Lucinda Garcia, and Margaret Ludi, Aunt Lucille and Annabelle, Roque Padilla. He is also survived by his Nino Vincent Garcia and numerous cousins and friends.

Arrangements are entrusted to the Riverside Funeral Home.

Rosary will take place on April 29,2022 at 9:00 am with funeral mass following the rosary at 9:30 am at the Our Lady of Sorrows Church in Las Vegas, New Mexico.

To send flowers to the family or plant a tree in memory of Miguel Trujillo, please visit Tribute Store

Share Your Memory of
Miguel
Upload Your Memory View All Memories
Be the first to upload a memory!
Share A Memory
Send Flowers
Plant a Tree