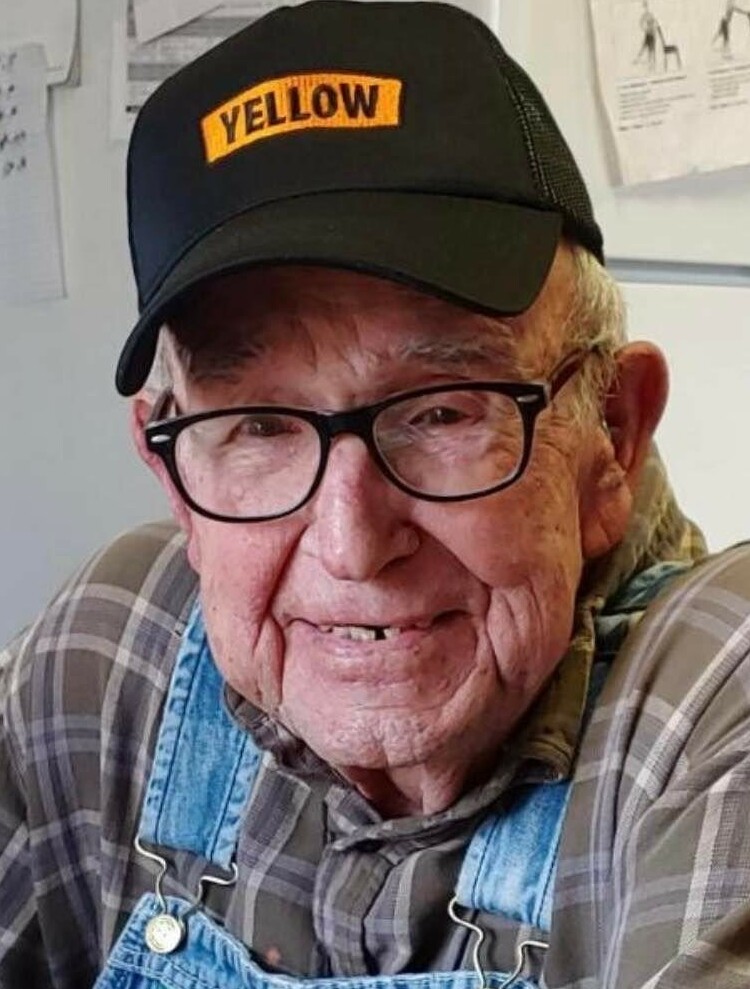 On Wednesday, April 20, 2022, Milton M. Pierce went to be with his Savior, the Lord Jesus Christ, surrounded by his children and loved ones.

Milton was born April 28, 1926, in Stamford, Texas to Virgil Pierce and Essie (Skiles) Pierce. On March 30, 1946, he married Lotus C. Duke. She preceded him in death. Of that marriage, they had 4 children: Jane Bollman of Springtown, Texas, Barbara Eaton of Baldwin, Kansas, Thomas Pierce (Charlene) of Albuquerque, New Mexico, and Perry (Rebecca) Pierce of Albuquerque, New Mexico. He had 11 grandchildren, many great-grandchildren, and several great-great-grandchildren.

Milton served in the United States Navy from 1944-1946 serving the Amphibious Force, Liberation of the Philippines, and the Japan Invasion, Okinawa and Leyte, and in the United States Army from 1946-1947 as a military police officer. Milton was always a hard worker, and in 1947 began a career in trucking, first as an over-the-road driver and finally as Regional Manager of Yellow Freight Systems where he retired in 1980. After retirement, Milton moved to “ the Texas he loved” and continued to work for Clay County from 1980-2002. He returned to Albuquerque, New Mexico in 2003.

Milton had a great passion for music and had a job of being the Music Director of more than 12 different churches during his career. He was licensed to the ministry at Bosque Farms Baptist Church in 1962.

Milton was a loving husband, father, and grandpa. He was known for his quick wit and contagious smile. He had a love of family and was a friend to all.

Funeral services will be held at Riverside Funeral Home of Albuquerque on April 29, 2022. Viewing will begin at 2:00pm with service to follow at 3:00pm. Internment will take place at Santa Fe National Cemetery on Friday, June 10th, at 9:00am.

To send flowers to the family or plant a tree in memory of Milton Pierce, please visit Tribute Store

Share Your Memory of
Milton
Upload Your Memory View All Memories
Be the first to upload a memory!
Share A Memory
Send Flowers
Plant a Tree