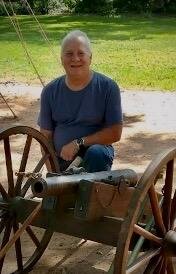 Steven Lawrence Pasquiér, 68, of Albuquerque, NM, passed away on April 16th, 2022 at Kaseman Presbyterian Palliative Care in Albuquerque, NM. He was born in New Orleans, LA, Orleans Parish, the first born son to the late C. L. (Ted) Pasquiér and the late Melba June Pasquiér Falls. Steve retired in 2019, after 42 years of working in the Albuquerque area as a CNC machinist. Steve was an avid sportsman and would go shooting, hunting, or fishing every chance he had, day or night. Steve also loved to cook and experiment with different food preparation techniques including grilling, smoking, baking and fermentation. He would often share his baked breads and smoked cheeses with friends and neighbors. He loved spending time with the people he cherished, his family and friends. Steve was an artist and when not outdoors he liked to draw examples of life such as working Cowboys, historic Indian Chiefs, portraits and birds. Steve had a special interest in birds of all types and as a child he would build and paint models of birds. As a machinist, he had an appreciation of all types of machines and built several working models of Civil War cannons and steam engines. He was a wonderful son, brother, father, uncle, and grandfather whose guidance, influence, humor, and love will be missed greatly by everyone who knew him.

Left to cherish his memory:

And a host of nephews and nieces.

Steve’s last written words were: “Love to my children, brothers and sisters, friends too. It’s been a Hoot.”

A Celebration of Life will be held in Albuquerque in October. The date, time and place are pending at this time.

To send flowers to the family or plant a tree in memory of Steven Pasquiér, please visit Tribute Store