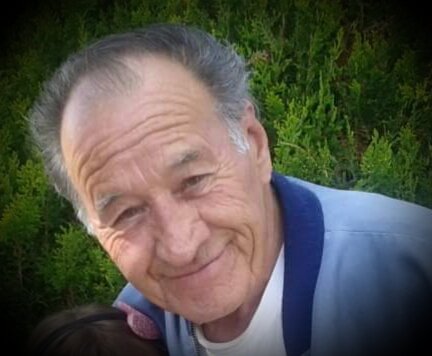 Jose Meliton Lujan, Jr, known to many as “J. R.,” and ‘Nino” of Las Vegas NM, died on Tuesday, May 3, 2022, from respiratory failure. He was born March 7, 1938, in Canoncito to Abenicia and Jose Lujan. He was a loving husband for 62 years to Alice Lujan (1941-2021). Although they would have no children of their own, he was a loving father figure to many, especially to his adopted son and daughter Gregory C. Baker and Deanna Romero. A lifelong Catholic, he was a member of Our Lady of Sorrows Church.

The second oldest of five brothers and one sister, he was proud and full of love for his home and anyone who he considered a friend, but he would define his life by work. After moving to Las Vegas, he would start young. Finding his first job as a kid delivering groceries for the Maloofs who owned Ludi’s grocery at the time. After turning eighteen, he would join the New Mexico National Guard with three of his five brothers, serving nine years in all. After that time, he would start his career for the West Las Vegas City Schools as a Janitor, retiring in 2000. And for 30 years he could be found working at the Rialto along with friends and family. He enjoyed fishing, going on a good cruise, and any time spent with friends and family.

While working multiple jobs and supporting his family he still had time for his other great passions. Raising animals and scouring the landscape for "Remedios” and anything else that was useful. He raised chickens, rabbits, goats, peacocks, and prized pigeons on his small ranch in “Lujanville.” Most recently, his best friend Chato, the family dog who remained by his side every moment. A "curandero" by skill and reputation, every spring he would start finding, collecting, and drying herbs. Preparing teas, salves, and tinctures for anyone needing traditional medicine. And for those seeking mental wellness, he always had a “cuento” or old story to share as advice.

A man whose nature was simple but deep. All the little children always so loved Nino. A hard worker who left his mark on the land and lives around him. His scarred hands were strong enough to hold us up when we needed support, but gentle with every embrace. You left us something to aspire to. Rest in Peace, and maybe we’ll meet again.

To send flowers to the family or plant a tree in memory of Jose Lujan Jr., please visit Tribute Store

Share Your Memory of
Jose
Upload Your Memory View All Memories
Be the first to upload a memory!
Share A Memory
Send Flowers
Plant a Tree