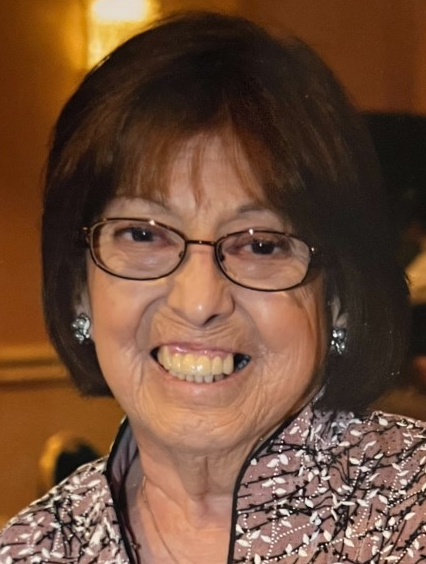 On Sunday, May 8, 2022, Anabel Francisca Sanchez (Maldonado) passed away in Albuquerque, NM at age 72. She had an unfortunate reaction to a simple surgery and passed away a day after.

Anabel was born on August 16, 1949 in Yrisarri, NM to Nasario and Rachel (Nieto) Maldonado. She worked full time while in high school and graduated from Albuquerque HS in 1967. After high school she married Edward Sanchez Jr., had their son Marcial and then they moved to Denver, Co where they had their daughter Kolene. They lived in Denver for about 14 years then family moved to Anabel’s dream place, her birth town Yrisarri, NM. They purchased land and built a house. Anabel absolutely loved living in the mountains. In CO and NM she worked over 34 years for the Federal Government, retiring with Department of Labor as Federal Investigator, Compliance Officer. After retirement, Anabel moved into Albuquerque to be closer to her two children and grandchildren.

Anabel was extremely passionate about Genealogy and was very active with the East Mountain Historical Society. She helped with grants, oral histories, gaining memberships and assisted with a historical Tijeras church. She was most proud for recently being part in publishing a book about family history, “Timelines of the East Mountains”. She was constantly researching family roots and loved to share her findings. Anabel enjoyed spending time with a group of high school friends, being with her siblings and being with her children and grandchildren. Anabel was always talking on the phone to all the people she knew. She would often initiate public conversations to find out last names, where their family is from and then she would usually immediately find two degrees of separation.

Anabel is preceded in death by her father Nasario, mother Rachel, sisters Joyce, Bertha, Charlotte, and Bernice who only passed away two weeks before her.

She is survived by her two children, son Marcial Sanchez and wife Debbie, and daughter Kolene Mendoza (Sanchez), seven grandchildren, (Marcial) Annie, Ellie, Stephen and (Kolene) Markus, Dominique, Jade and AJ. She was expecting her first great grand child, a boy, in August (Markus). She has numerous sisters, brothers, nieces, nephews and cousins.

Services will be held at St. Francis Xavier Parish on June 7th at 10am with burial following at Mt. Calvary Cemetery.

To send flowers to the family or plant a tree in memory of Anabel Sanchez, please visit Tribute Store

Share Your Memory of
Anabel
Upload Your Memory View All Memories
Be the first to upload a memory!
Share A Memory
Send Flowers
Plant a Tree