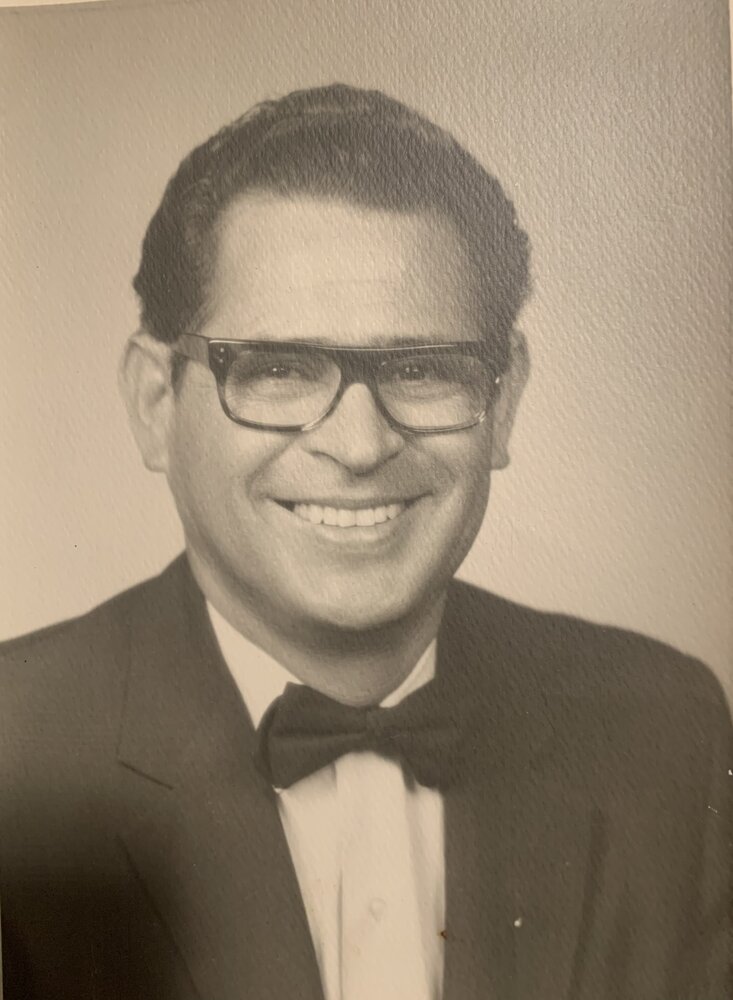 On April 10, 2022, Luis “Louie” G. Sanchez, 94, went to be with our Lord. He passed away peacefully at home in Albuquerque, NM, surrounded by his loved ones. Luis is predeceased by his parents, Adelaido and Angela Sanchez; his siblings Heraclio David Sanchez, Joe Robert Sanchez, Daniel Sanchez, and Martina Torres; his son Jaime Sanchez; his grandsons Damien Arellano and Levi J. Sanchez; and his son-in-law William Robert Clark. He is survived by his beloved wife of over 54 years, Maria Teresa Sanchez, and their children Angelica Sanchez-Clark, Gerardo Sanchez, Griselda Sanchez, Alfonso Sanchez and their families; his children Daniel Arellano, Edward Sanchez, Lois Taylor, Michelle Daniele, Luis Sanchez, John Sanchez and their families; and his siblings José Sanchez, Max Sanchez, Vivian Sanchez, Adeline Chavez, Patricia Sanchez, and their families. Luis is also survived by many cousins, nieces, nephews, grandchildren, and great-grandchildren.

Luis was born October 11, 1927 in Pueblo, Colorado, by happenstance, as he liked to say; his real home was Anton Chico and Delia, New Mexico, where his heart and soul remained even after he had to move to Albuquerque in 2018. During his long life, he ventured away from home many times, starting at the age of 13. Sometimes he returned after just a couple of months, other times he stayed away for years. But he could never ignore the lure of this land, where his family had resided since the 1850s, and by 1992 he and his wife were back living in Delia full time.

For Luis, the history of Anton Chico and surrounding areas and of the Lucero and Sanchez families encompassed the complex history of New Spain, Mexico, New Mexico, the United States, and beyond. As the family “historian,” he never stopped sharing that history. It was very important to him that his children, grandchildren, nieces, and nephews knew where they came from and that they belonged in a world that often tried to exclude them.

To his grandchildren—and children!—Luis was the “smartest person they ever knew,” and they were often entranced by his stories and incredible memory. He loved taking them on tours of their ancestral lands and teaching them about the Anton Chico land grant, their ancestors’ commitment to service in government and the military, and, of course, how to make the best sopaipillas in all of New Mexico. Yes, Luis was a great cook, on top of everything else.

After being drafted at the end of World War II, Luis served three years in the Army Air Corps. He then worked in insurance for many years in Colorado and New Mexico, before moving to Los Angeles and starting a long career as a real estate broker and restaurant owner. After moving back to New Mexico in 1983, he and his wife opened three restaurants, two in Albuquerque and then one in Las Vegas, New Mexico. It’s been nearly 30 years since the last restaurant closed and people still recall the delicious food he and his wife served.

Civil rights were always a passion for Luis, and for him, the personal was political. As a young man in Los Angeles in the 1940s, he recalled only being able to swim in the public swimming pools the day before they were to be cleaned. In the 1960s, he joined the fraternal order of Free Masons of California, only to be confronted by thinly veiled instances of racism. He then joined Maya Lodge No. 793, which was largely made up of Mexican American members. He became Master Mason in 1973, and as he noted in his 1973 letter published in the Maya Messenger, the lodge still faced comments such as being referred to as “that Mexican Lodge.” He didn’t mind being known as such and indeed, extolled the virtues of their many members that spoke English and Spanish. But he also took the opportunity to note that “the Maya Lodge is the place where the Brotherhood of Masonry is practiced truly on an international basis,”reminding everyone that their roster was made up of brothers of Mexican, Chinese, Japanese, Peruvian, Canadian, Philippine, Jewish, English and Polish descent.

For over 50 years, Freemasonry played an important role in the lives of Luis, his wife, and his children, many of whom were active in the Free Masons, the Eastern Star and the International Order of Job’s Daughters.

Luis loved literature, politics, history, music, food, and his large—very large—family. He was many things to many people, and while it is challenging to capture such a long, interesting life in such a limited space, we hope we’ve done his legacy justice.

June 21 funeral mass at St. Charles starting at 10:45 am. Reception to follow at the church gym

To send flowers to the family or plant a tree in memory of Luis Sanchez, please visit Tribute Store

Share Your Memory of
Luis
Upload Your Memory View All Memories
Be the first to upload a memory!
Share A Memory
Send Flowers
Plant a Tree