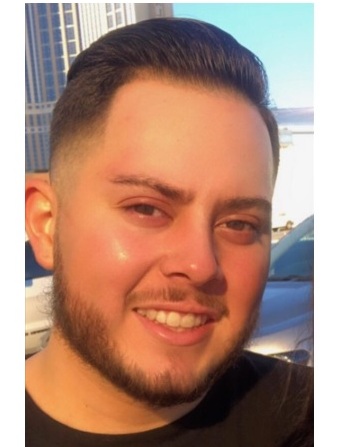 Jesse Lovato of Albuquerque left this this earth on June 12, 2022. He is proceded in death after his grandpo Julian Jaramillo . Jesse survived by his grandma Irene Jaramillo, Dad Roman Castillo, his girlfriend Felicia Tafoya, sisters, brothers, godsons, along with other family and friends. Anyone who knew him knew he was a kind gentleman always making jokes.

Jesse was a hardworking correctional officer at the Los Lunas prison. Jesse had a passion for video games, motorcycles, his corvette, and the lavish lifestyle. He was an Indianapolis colts fan just like his grandpa Julian. He loved to grill and talk about how perfect his seer marks would look on his steaks. He was a marvel fan and his favorite movie was The End Game. Jesse also enjoyed spending time with his family, friends and four dogs. He always brought a smile to everyone’s face when he was around. Jesse was so excited about his expansion of his family, expecting his baby boy Jesse Lovato JR July of 2022. We all have amazing memories with him and were so lucky to have had him be a part of our lives.

Jesse will be missed dearly. We will hold him tightly within our hearts until the day that we meet again.

To send flowers to the family or plant a tree in memory of Jesse Lovato, please visit Tribute Store

Share Your Memory of
Jesse
Upload Your Memory View All Memories
Be the first to upload a memory!
Share A Memory
Send Flowers
Plant a Tree