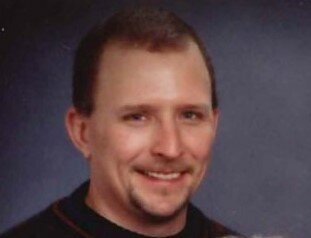 Alan was born on July 23, 1968, in Spokane, WA.  He met his future wife, Mila, when they were both employed at St. Joseph’s Care Center in Spokane. He was a favorite with the nuns who often sent him home with a fresh-baked pie. He married Mila in 1992 and fathered two children. They all moved to Albuquerque in 2007 to enjoy the sunshine.  Alan and Mila divorced in 2011.  Alan worked as a patient care tech at The University of New Hospital and then as a certified nursing assistant in many of the skilled nursing facilities in Albuquerque.  He was an avid baseball fan and sports card collector.

Alan was preceded in death by his mother, Gail Lynn Hodgson. He is survived by his two children, Sean Muir and Kelsey Muir; his brothers, Tim Wyer, Daniel Wyer, and Michael Rosenau; and his father, Larry Hodgson.

Memorial services will be held in Washington state at a later date.

To send flowers to the family or plant a tree in memory of Alan Muir, please visit Tribute Store

Share Your Memory of
Alan
Upload Your Memory View All Memories
Be the first to upload a memory!
Share A Memory
Send Flowers
Plant a Tree