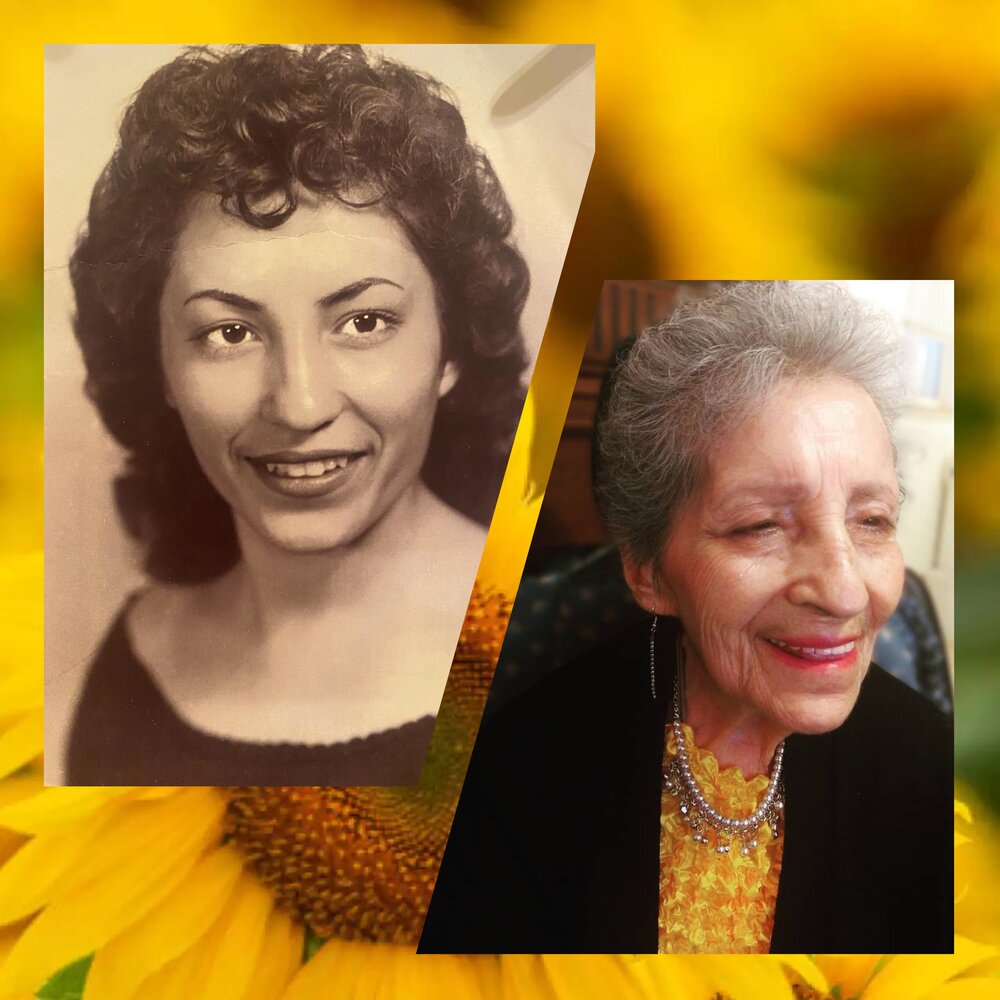 Mary Demecia Cordova was a loving wife, caring sister and Wonderful mother who fell asleep in death on June 19,2022 at Presbyterian Rust Hospital at the age of 82.

She is survived by a son Isaac, daughter Sharon, her husband Lon, daughter Sabrina, her husband DJ, grandson Joshua, his wife Mara, granddaughter Kimberly, grandsons Ryan and Christopher along with many other nieces and nephews, in-laws and cousins.

Mary was preceded in death by her mother and father Pedro and Rufina, her 9 brothers and sister who passed away as infants, her sister Angelica, her son Anthony and Tommy her husband of 61 years.

Mary was known as Demecia to her extended family. She was best known for her love for Jehovah God. After she married Tommy she began studying with Jehovah’s Witnesses in Belen. She told us that in the beginning she was opposed to it, so she would put the radio very loud so she didn’t have to hear what they were reading from the Bible. However, as time went on, little by little the volume of the radio went down further and further until eventually she sat in on the Bible Study. She said that when she finally started listening everything clicked and she could see what they taught was the Truth from God’s Word the Bible. Together she and her husband Tommy studied with Tressa Giffin, then Brother and Sister Deaton. When Tommy and Mary moved to Albuquerque they continued their study of the Bible with Brother and Sister Stewart then Brother Weigel, finally with Brother Sample. And eventually she was baptized as one of Jehovah’s Witnesses in Santa Fe, NM in 1963 along with her husband Tommy. She continued to grow in her love for Jehovah by serving as a Regular Pioneer for a total of 35 years! She enjoyed teaching others the truth from God’s Word the Bible. You would always find her giving people Bible based literature. She would take these Bible based tracts, magazines and brochures with her everywhere. She would hand them to the waitresses, nurses, doctors, maids and even the drive-thru attendant at the restaurants. She always said you never know if they will read it and want to know more or if they will leave it for someone else to read and then they want to learn more. After the Covid pandemic began she began letter writing. She wrote letters almost everyday until about 2 days before she passed, even though she wasn’t feeling well.

Mary enjoyed spending time with her family and traveling. She had many friends in different states and congregations, mostly around the Albuquerque area. She also had friends in California where she and her family lived for a while. She was a social person so after her health declined a few years back and she wasn’t able to drive on her own she maintained her social butterfly wings by calling on the phone. She was always on the phone. She called those in the hall that were ill, to check up on them. She called ones that she hadn’t heard from in a while just to catch up. She called her family, nieces, nephews, in-laws. She called her daughters, Sabrina and Sharon every morning and every night. Never missed a day of talking to them. She will truly be missed by many.

Mary wholeheartedly trusted in Jehovah God and was looking forward to his promise of a resurrection. She found comfort, as we all can find comfort , in God’s Word the Bible.

Job 14:14,15 says “ If a man dies, can he live again? I will wait all the days of my compulsory service until my relief comes. You will call, and I will answer you. You will long for the work of your hands.”

Acts 24:15 says “And I have hope toward God, which hope these men also look forward to, that there is going to be a resurrection of both the righteous and the unrighteous.”

Revelation 21:4 says “And he will wipe out every tear from their eyes, and death will be no more, neither will mourning nor outcry nor pain be anymore. The former things have passed away.”

We look forward to the fulfillment of these truly wonderful blessings and the time when we will be able to welcome Mary and others we have lost in death back to life here on earth.

To send flowers to the family or plant a tree in memory of Mary Cordova, please visit Tribute Store