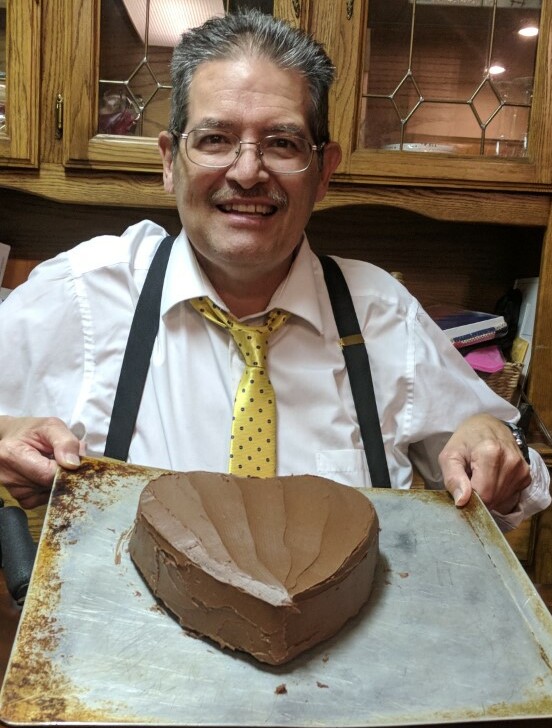 Danny attended Rio Grande high school graduating in 1981, where he was the drum major as well as played the saxophone and tuba for the marching band. He went off to New Mexico State University on a band scholarship, where he played sousaphone in the PRIDE band. The PRIDE band allowed him to travel all over, including places like London, New Orleans, and San Antonio performing along the way at places like Disney, the Alamo, and Wembley Stadium.

Danny worked for the forest service for many years. This was a place that brought him a lot of joy, and his colleagues adored him. During the time of his heart transplant he was able to receive many PTO donations so that his entire leave was covered.

Throughout his life Danny gave much of his time to his church, God was always at the center of his life. He joined the Knights of Columbus February 5, 2006 and moved up within the organization. He was elected as the “Faithful Navigator” a position that just made sense for him to be in. Danny was helpful to all who were interested in the church, and welcomed any new comers with open arms.

God granted Danny with a heart of gold, not only to give his time to his religious life he also gave his time to those involved with the Special Olympics. He loved each and every one of the participants overflowing with love towards them all. His love was spread to all those with special needs, always inviting them to play in the games and get involved. Even choosing to volunteer for the Summer games of 2022.

Uncle Danny, as his nieces and nephews and even young people he adopted as nieces and nephews, referred to him; impacted each and every one of them in his own special way. Sharing love, faith, knowledge and most of all his stories. Danny was known for telling stories, some that were silly, but all of which were meant to keep those around him happy. Danny was the truest embodiment for what an uncle is supposed to be, he showed up to everything he was ever invited to, and if you asked for any type of help he would provide it. Not only was he kind but also generous, if you needed it he would make sure you got it.

To send flowers to the family or plant a tree in memory of Danny Baros, please visit Tribute Store

Share Your Memory of
Danny
Upload Your Memory View All Memories
Be the first to upload a memory!
Share A Memory
Send Flowers
Plant a Tree