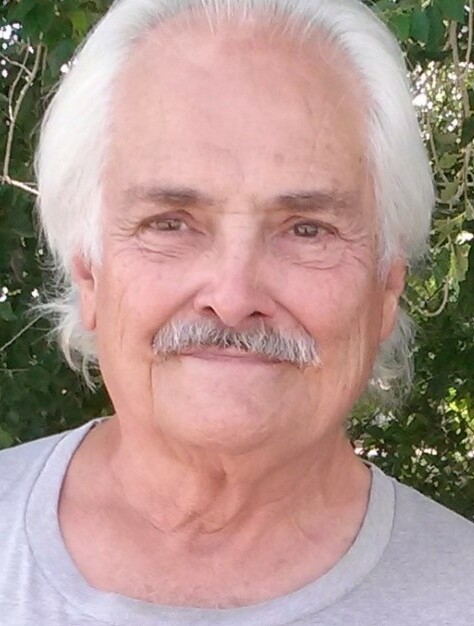 Roy was born in Cortez, CO.  and was preceded in death by Jack and Lorilla (Calkins) Crowson.  He is survived by his sister Diana, nephew Michael Armendariz, grandniece Angelica Candelaria, grandnephews, Louie Armendariz,  Michael and Fabian Candelaria and great niece Leelou Candelaria.

Roy grew up in Cortez and Moab, Utah before moving to Albuquerque.  He was a unique individual, incredibly intelligent but socially awkward.  He probably knew everything there was to know about trains and airplanes and could (and did) talk about them for hours.  He could tell you what kind of airplane was flying over just by the sound of the engines and then go on to tell you the specifications of that plane.  He won the National Spelling Bee for Colorado and Wyoming when he was 13 and placed respectably in Washington being defeated by the word “bellwether”.  He attended Colorado School of Mines for a couple of semesters and UNM for about a year where he played trumpet in the Lobo pep band and got to travel to Hawaii with the football team.

A few years later he reconnected with his friend Tom from elementary school who got a job for him monitoring radon in the uranium mines around Moab, UT.  That was probably the best time of his life.  There were explosives in the mines, plenty of mountains and desert trails for him to go four wheeling on in his Scout, and he got involved with a theater group and was cast in a production of Fiddler on the Roof.

When the mines started closing he moved back to New Mexico but he couldn’t seem to find his niche and withdrew more and more.  He stayed in touch with a couple of close friends, especially Steve who was always there for him and Tom, his friend from Moab who died within minutes of Roy’s death.  It’s nice to think they went together.

To send flowers to the family or plant a tree in memory of Royal Crowson, please visit Tribute Store

Share Your Memory of
Royal
Upload Your Memory View All Memories
Be the first to upload a memory!
Share A Memory
Send Flowers
Plant a Tree