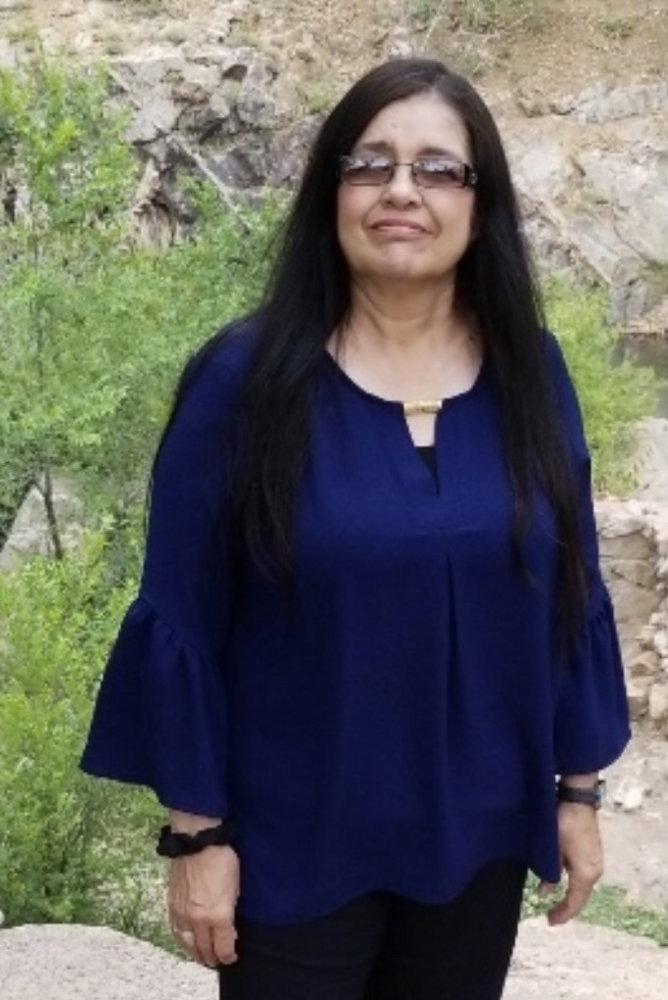 She attended school in Holman, NM and later at West Las Vegas, where she met her soulmate, Andres Lovato, in 8th grade. They were blessed with 46 years of marriage and more than half of their lifetime together. Their lives revolved around their children and grandchildren.

She enjoyed selling Avon, working at K-Mart, babysitting for friends and family, and working for the Las Vegas Optic. Cheering on her children and grandchildren was the highlight of her life. Attending the Mountain View Church of Christ, reading her Bible, and sharing her faith were some of the most important things to her. So many people have shared stories about how they appreciated the time she took to encourage them, call or text them, comment on their photos on social media, and being there to help when she was needed. Her laughter brought joy to all those around her. She loved to take photos and tell us stories about her childhood.

She was preceded in death by her father, Jose Archuleta, Aunt (Tia) Elvira Mondragon, and numerous relatives.

A celebration of her life was done on July 30, 2022 at the Mountain View Church of Christ.

Cremation has taken place and interment will be done at a later date.

To send flowers to the family or plant a tree in memory of Susan Lovato, please visit Tribute Store

Share Your Memory of
Susan
Upload Your Memory View All Memories
Be the first to upload a memory!
Share A Memory
Send Flowers
Plant a Tree