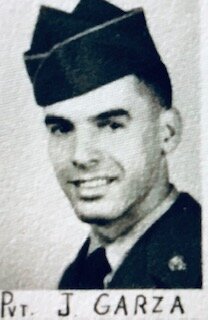 Jesus Garza, of Albuquerque, New Mexico was born December 9, 1933 in Villa de Garcia Nuevo León, Mexico to Desiderio Garza and Francisca Robles. He went to his heavenly home July 26, 2022 at the age of 88. He was a beloved son, brother, husband, father, grandfather and friend. There was nothing that he would not do for family & friends. He lived a full life and enjoyed every minute of it.

Jesus was drafted by the US Army Forces at the early age of 17. He lost part of his hearing while serving his country, but he overcome that obstacle and keep on going. He graduated from Du Page College & worked for General Electric for 32 years. On 1959 Jesus met Elda who lived in Chihuahua Mexico but was visiting family in Chicago. She returned to Chihuahua & Jesus visited her for a couple years, realizing that she was the love of his life. They married on August 6, 1961 and she followed him to Chicago.

They had two kids a boy Tony & a girl Lita, both were their dream & loves of their life. They participated in everything at school: sports, music & were successful in their own way. Tony met Amy and got married. They have two boys and two girls. Jesus cherished his grandchildren and was loved deeply by them.

Jesus & Elda, both worked hard to reach the American Dream and raised their children with strong principles. Seeing his kids and grandchildren became happy and successful that was all he wished for, and he saw it happen. He loved intensely and showed nothing but grace and kindness to all, specially his family.

Jesus loved his extended families in Mexico, who always looked out for each other. They would not hesitate to visit us on a minute’s notice. It did not matter how far they were. They would be here when needed. We treasured the time we spent with them when they were here. We really enjoyed their company and help. Sandra and Deya would spend many days to help and be with us. Aida and Hector joined later. Sonia, Mirna, Antonio would take turns as well. They all have their own families, but they were always ready to help when needed. It is comforting to have such close relationship and we loved them dearly.

The Garza Family also thanks the big angels in our neighborhood. Our neighbors always kept an eye on us and knew when and how to help. There are many to mention but the closest are Steve & Maria, Bill & Josie, Chris & Ann, Karen & Ken as well as Mike & Beth.

Jesus loved to travel. When he retired from GE, Jesus and Elda traveled all over the globe from one side to the other, from the north Pole, Alaska, the South Pole. Jesus liked specially Spain. He visited four times and enjoy it every time. Jesus encountered health issues that can break anyone and make them resentful. But, Jesus was not like everyone else. As was his character, he took on his health issues and did not let them beat him. He believed that love conquered all, and he lived that way to the end. Jesus was really a Super Trooper.

Jesus is preceded in death by his parents Desi & Francisca his three brothers Antonio Desi & Ismael. He is survived by his wife Elda, of almost 61 years, son Tony, daughter Lita, his grandchildren, Christina, Kaila, Nicholas & Matthew.

Jesus & the entire Family would specially like to thank the Veterans Administration’s staff. Including Dr Roldan, Dr Baron, Nurses Jalisa, Ginger and all the Doctors, nurses and personnel in ER. Every single person that works for the VA is outstanding and we are sincerely grateful to all. Jesus Funeral will be held at Angel Fire State Veterans Cementary on Sep 16, 2022 at 11:00 am. Memorial: Contributions to the VA Fisher House or other charities of your choice in lieu of flowers.

To send flowers to the family or plant a tree in memory of Jesus Garza, please visit Tribute Store

Share Your Memory of
Jesus
Upload Your Memory View All Memories
Be the first to upload a memory!
Share A Memory
Send Flowers
Plant a Tree