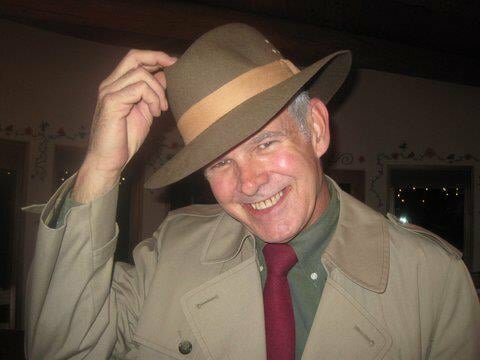 Ted passed away, peacefully, in his home with his children by his side on August 4, 2022, two months after his 70th birthday, ending a courageous battle with lung cancer.

Ted was born in Albuquerque on May 4, 1952, and lived in Albuquerque for most of his life. He graduated from the Albuquerque Academy, attended Washington University in St. Louis, and received a Master’s Degree from UNM. Besides his deep love for family and friends, his passion was fly fishing, tinkering with mechanical projects, telling jokes, and meeting people. He never knew a stranger.

He had a long career with PNM and after retirement worked for Lowes Home Improvement. He loved to listen to country western music but especially loved Eydie Gorme y Los Panchos. He was a founding member of the San Juan Fishing and Expedition Association and was held in the highest regard by his fellow fishermen.

He is survived by his children Teddy (Dena) and Nicole (Chase Pasternacki); grandchildren Theo, MacKenzie, Aiden, and Ellie; and siblings Lynn (Otto Raabe), Ann, Susan, and Beth. He is preceded in death by his wife, Beth Kircher, and his parents, Selma and Ted Kircher Jr.

Ted’s body was cremated and celebrations of life will be held at a later date. His happy approach to life will be missed by all who knew him.

Share Your Memory of
Theodor
Upload Your Memory View All Memories
Be the first to upload a memory!
Share A Memory
Plant a Tree