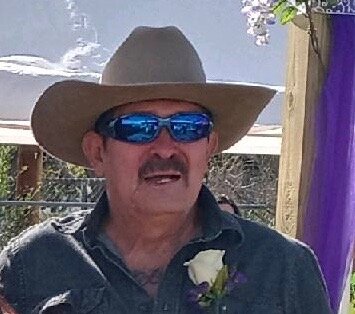 Fred E. Montoya, 58, of Las Vegas NM passed away Friday August 5, 2022. He was born to Gilbert and Rita Montoya on June 20, 1964 in Los Montoya’s. He was a 1982 graduate from West Las Vegas High School. Fred worked as a carpenter at Northeastern Construction. He enjoyed being in the mountains, hunting, hiking, fishing, or just going for a ride on the back roads of Los Montoya’s.

He is preceded in death by both his parents, sister Veronica Montoya and his only precious daughter Nichole Montoya. He is survived by his companion Virginia Salas, Grandmother Clorinda Baca, sons George Montoya (Katie) and Jonas Montoya, Grandkids Amor Esquibel, Layla Montoya, and Eli Taylor, sister Jessica Montoya, and numerous uncles, aunts, and cousins. He was a loving father, grandfather, brother, companion, and friend.

Fred will be deeply missed. Funeral arrangements and services are pending ad will be announced at a later time.

To send flowers to the family or plant a tree in memory of Fred Montoya, please visit Tribute Store

Share Your Memory of
Fred
Upload Your Memory View All Memories
Be the first to upload a memory!
Share A Memory
Send Flowers
Plant a Tree