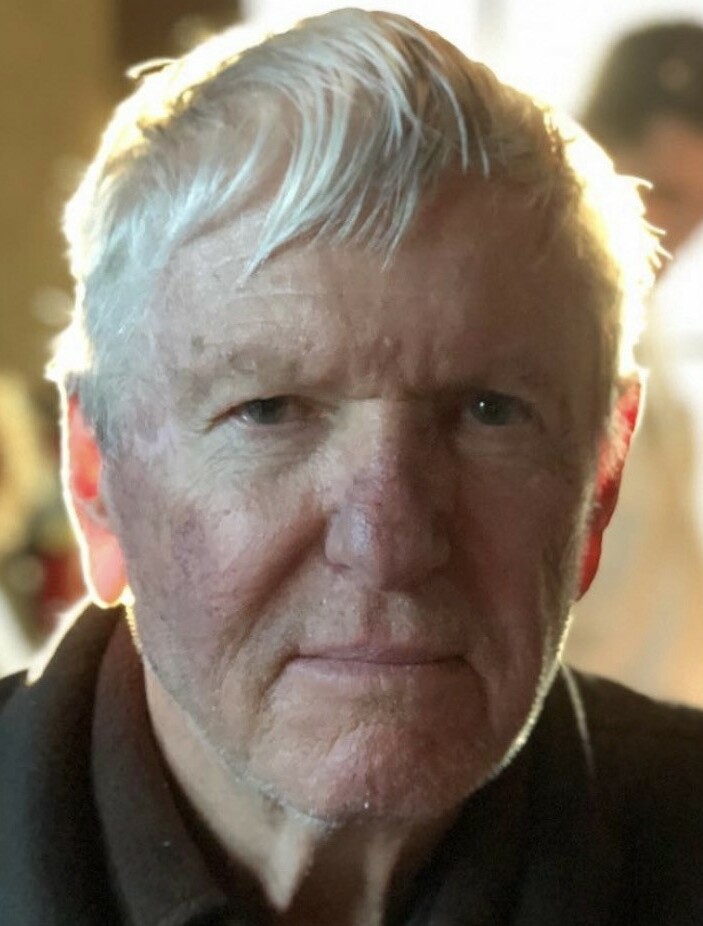 Arthur Perry Kelly passed away September 4th, only 1 hour 20 minutes short of his 88th birthday. He was surrounded with love by his children and grandson as he listened to Jazz music in the comfort of his own home as he peacefully left us.

He was born 1934 in San Diego CA, to Joseph Edward and Edna Adele Kelly and grew up riding horses as a well-trained equestrian while attending the Jr. military school his parents ran.

He has two Children; Bridget Kelly by his first wife, Jean Kelly, and Arturo Kelly Jr. by his second wife, Elizabeth. He also has a grandson Bryan Kelly by Arturo Jr & Griselda Kelly.

The best way to describe Art is an explorer and adventurer with great story-telling skills. He was always a curious and adventuresome spirit. His lifelong passion was traveling the world; exploring Ireland with his kids, traveling throughout Asia from Bali Indonesia to Thailand, Japan, China, throughout Europe especially Italy, Central & South America and many more. He would return with many stories photos & experiences he loved to share with his family and friends. He was a true Irish bard!

Arthur had a vast repertoire of incredible & contributive careers in his life, including in the US Navy & US Army. He worked for the US government in Washington DC as a creative member of civil engineers designing roads, tunnels & civil spaces. In the late 1960’s He volunteered for the US Army Corp of Engineers with service in Viet Nam during the war as a road and bridge strategist & designer. He was instrumental in Oklahoma City’s 1970’s redesign by creating low- & moderate-income housing by saving houses destined for destruction and instead moving them into well designed neighborhoods, an innovation well ahead of its time and still functioning to this day. He volunteered for the International Volunteer Service (IVS) in the 70’s to help the Honduran government build back after Hurricane FiFi’s destruction by designing innovative villages & living spaces for a large population of displaced citizens. After moving back to the USA, He eventually worked for the City of Albuquerque as part of the civil engineering team planning and designing roads, railways and streets. In spite of these many notable accomplishments, he remained a humble & unassuming person.

Most everyone knew Art was a consummate Jazz lover, he could often be heard hooting and cheering at his favorite music locales. Some of his favorite musicians included; Herbie Hancock, James & David Sandborn, The Crusaders, and so many more. Many friends and neighborhood folks in Albuquerque were often able to enjoy his Annual Big Jazz Backyard Birthday Bash, where his local favorite band Milo and Friends would play with everyone dancing and singing well into the late hours. He remembered those parties with great enthusiasm and fondness.

What many might not know about Art was that he was a Zen Buddhist, he trained in Aikido and also earned a second-degree black belt in Karate. He was certified as a Massage therapist and often gave friends and family professional massages. He was incredibly adept at understanding languages & wherever he travelled he made the effort to speak the local languages but was fluent in Italian & Spanish. He was a strong hiker, and even completed the “Camino de Santiago” walk in Spain when he was 82 years old! He often traveled to SF to visit his daughter Bridget and especially enjoyed hiking the hills & streets of San Francisco well into his mid 80’s.

A celebration of Arthurs life will be held in Albuquerque NM on Sunday, September 18th from 4-8PM, Bataan Memorial Park (3439-3499 Lomas Blvd NE. Albuquerque, NM 87106).  We will have a short memorial service, then his favorite Jazz music played by Milo & Friends, with time for sharing your stories of Art, and fellowship after. All who knew him are welcome to attend.

To send flowers to the family or plant a tree in memory of Arthur Kelly, please visit Tribute Store

Share Your Memory of
Arthur
Upload Your Memory View All Memories
Be the first to upload a memory!
Share A Memory
Send Flowers
Plant a Tree