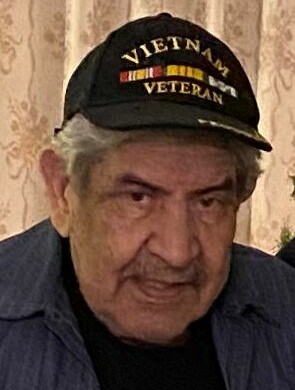 Born on November 10, 1943, he was the son of Anastacio and Vilia Martinez. Jerry was a Vietnam veteran, proudly serving in the U.S Navy. He retired from the United States Postal Service. After retiring, Jerry enjoyed fishing, going to the casino, and watching football.

Jerry is survived by his children (and grandchildren), Nicholas and Kerry (Dylan and Isabella), and Beth and Jason (Ryan and Cooper). Jerry is also survived by his brothers, Bobby; Rick; and Clyde, sisters Evelyn, aunt Ida; nephew Geno; and his wife, Gen; and his cousin Earl, including many nieces, nephews, cousins and friends.

Jerry was predeceased by parents Anastacio and Vilia Martinez, his sisters Betty Jo and Lorraine, and his aunt Florence.

At his request, no service will be held.

To send flowers to the family or plant a tree in memory of Jerry Martinez, please visit Tribute Store

Share Your Memory of
Jerry
Upload Your Memory View All Memories
Be the first to upload a memory!
Share A Memory
Send Flowers
Plant a Tree