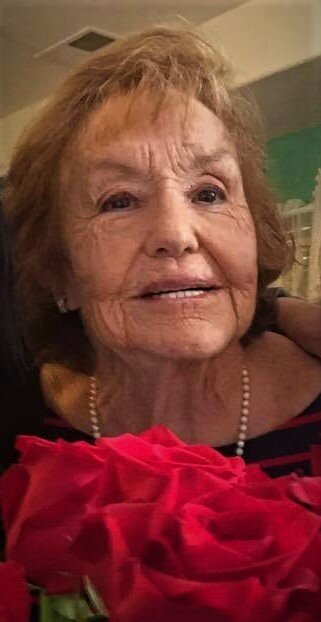 Rosina “Dutch” C. Romero, was called home to be with our Lord on Tuesday, September 13, 2022. Dutch passed away peacefully in her sleep after a long illness.
Dutch was born in Santa Fe, New Mexico on a cold day in February in 1940. Dutch married the love of her life, Richard Victor “Richa” Romero after a long courtship in 1961. In 1962, we ventured out to the promise land of California. Eventually settling in Oakland, California.
Dutch worked at Mac Farlane’s Candy Company and Mother’s Cake and Cookies for many years. In 1979, Dutch and Richa relocated to Sparks, Nevada. Dutch assisted in the family business until the passing of her beloved husband of 36 years. Dutch then relocated to her home state of New Mexico landing in Albuquerque.
Dutch had a fun-loving personality and always was ready for an exciting excursion! Dutch was a homemaker, gardener, home decorator, party planner/giver extraordinaire! She was never afraid of hard work. She loved the outdoors, camping, gardening, and it was evident how much meticulous planning and hard work went into her stunning garden.
Her holiday parties were legendary! Dutch truly went above and beyond by preparing delectable homemade candy, carna seca, bowls of roasted pinon and too many other fine New Mexico dishes to mention! Always a spectacular spread! Holiday decorations were also abundant and heartwarming. Dutch loved Halloween often dressing in costume herself, handing out big candy bars and carefully writing down each trick or treater that came. She would call excitedly giving me her count and inquiring as to how many trick or treaters I had gotten.  Always competitive!
Dutch was a loving grandmother, sister, sister in-law, aunt, cousin, and friend. Dutch is preceded in death by Leo and LaLa (parents), Victor and Andrea (in law parents), Richa (husband), Leroy and Joe Leo (brothers), Ponce (brother in-law), Bobby (nephew), Kenny (nephew). Dutch is survived by Diana (daughter), Richard Adrien (grandson), Doreen (adopted daughter), Sharon (adopted daughter), Geraldine (sister), Gilbert (brother), Kevin (longtime friend), Barbara Anne Martinez (Goddaughter), Anthony Valencia (Godson), and many adoring nieces/nephews, cousins, and friends.
The family would also like to thank the staff of Casa de la Reina and hospice of Presbyterian for taking such good care of her. Also, special thanks go out to: Tia Helen, Primo Gene, Hermanas Doreen, and Sharon for always being supportive and caring through such a difficult time.
Dutch will truly be missed by many. Until we meet again, Dutch!

To send flowers to the family or plant a tree in memory of Rosina Romero , please visit Tribute Store

Share Your Memory of
Rosina
Upload Your Memory View All Memories
Be the first to upload a memory!
Share A Memory
Send Flowers
Plant a Tree