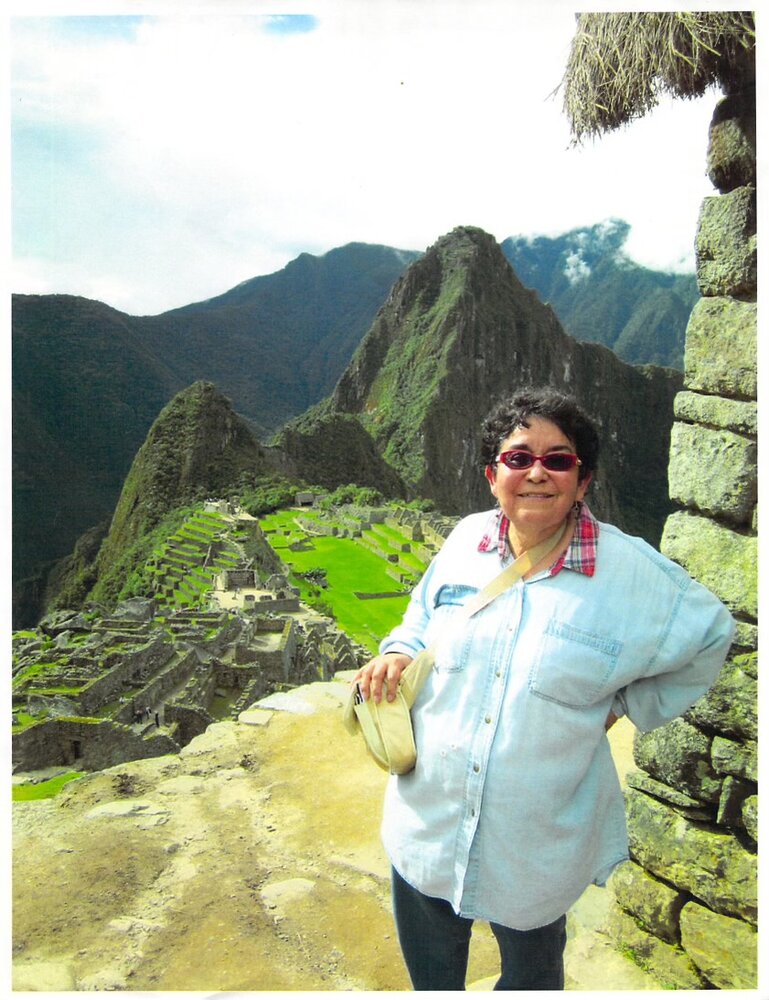 Ruby E. Rodriguez, 77, of , NM, of Chamisal, NM, passed away on October 8, 2022 after a hard fought battle with Corticobasal Degeneration.

Ruby was born on July 15, 1945 to Willie and Eufelia Rodriguez in Embudo, NM. She attended Penasco schools through the 6th grade, and went on to graduate from McCurdy High School. After high school Ruby attended the University of New Mexico where she took advantage of the opportunity to study abroad in Quito, Ecuador at UNM Centro Andino for a year. Ruby began working at McCurdy Schools as a “dorm mom”. She went on to finish her education at New Mexico Highlands University. This led to her career as a middle school Spanish teacher until her retirement after 33 years of teaching. Ruby was a member of the Chamisal and Penasco Presbyterian Church where she served as a deacon, an elder and the secretary of session. Ruby’s hands were never idle. She was always making handmade gifts to give to all of her loved ones. She was a devoted daughter, sister, niece, aunt and friend. She never missed an opportunity to show how much she cared. Her last years were spent with her niece Marissa Rodriguez and grand niece Imari Luna, who brought her immense joy as a baby and became a helper to her during her illness.

Ruby was preceded in death by her father and mother, Willie and Eufelia Rodriguez and brother Willie Rodriguez Jr..

To send flowers to the family or plant a tree in memory of Ruby Rodriguez, please visit Tribute Store
Friday
21
October

Share Your Memory of
Ruby
Upload Your Memory View All Memories
Be the first to upload a memory!
Share A Memory
Send Flowers
Plant a Tree