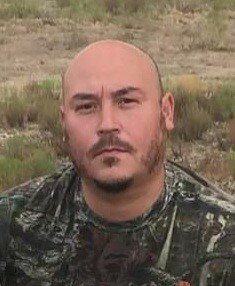 Francisco “Cisco” Lovato passed away unexpectedly on October 09, 2022. Cisco was born in Albuquerque, NM on July 08, 1978, where he was raised and resided until his passing. He was a diehard New England Patriots fan and a wonderful father.

The family would like to thank everyone for their donations

To send flowers to the family or plant a tree in memory of Francisco Lovato, please visit Tribute Store
Friday
4
November

Share Your Memory of
Francisco
Upload Your Memory View All Memories
Be the first to upload a memory!
Share A Memory
Send Flowers
Plant a Tree