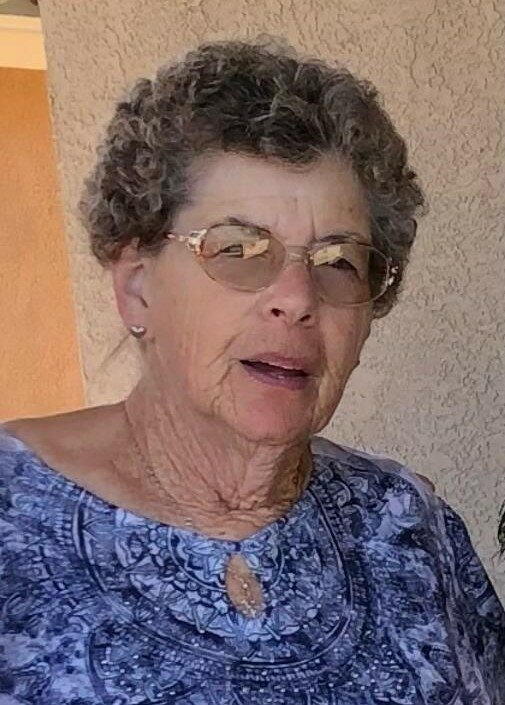 Shirley (Canham) Lindenmuth died peacefully Tuesday morning, November 8, 2022 at the age of 73. Brought up in Buffalo, NY, the second daughter of George and Rosary Canham, Shirley moved to Albuquerque in 1972 after completing her nursing degree in New York. Shirley worked primarily within the Presbyterian system in many capacities finishing up as a Home Care Nurse. She is remembered by many as a caring, competent nurse who went well beyond her nursing duties in helping families and patients. The daughter of one rather recalcitrant patient said “She was my lifeline. She could sweet talk him into doing what he should.” In 2006 Shirley was nominated for the New Mexico Nursing Excellence Award.

Shirley married Dane Lindenmuth in the mid-seventies and had two sons, Daniel Richard and James Eric who were the light of her life. Dane and Shirley split shortly after the birth of James in 1980.

Shirley loved cats, gardening and helping people. She is known for weeding the yards of neighbors who worked in Santa Fe and thus had a 12-hour workday and letting out the new puppy for another neighbor who couldn’t get away from work at lunchtime. Shirley fostered cats, at one point having 15 cats in her 900 square foot house. She was active in Al-Anon and volunteered twice weekly at the Al-Anon Information Services office on Menaul Blvd.

To send flowers to the family or plant a tree in memory of Shirley Lindenmuth, please visit Tribute Store
Thursday
1
December

Share Your Memory of
Shirley
Upload Your Memory View All Memories
Be the first to upload a memory!
Share A Memory
Send Flowers
Plant a Tree