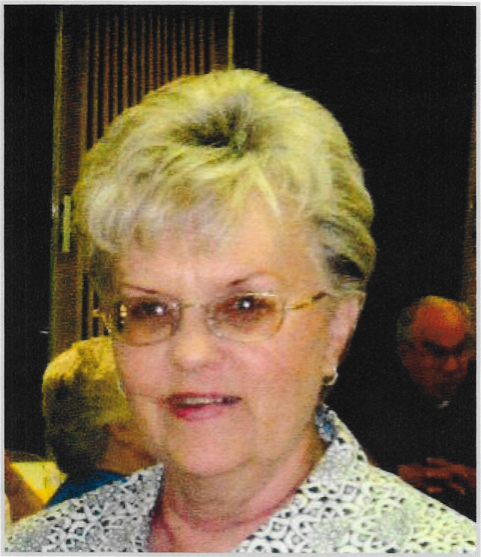 Phyllis was born the 2nd of 6 Girls to Marion & Dorothy (Dean) Rose in Mapleton, Iowa. What is very noteworthy about her birth is that she was born in the living room of her Grandmother (Caroline Dean) in Mapleton, Iowa on her father’s birthday. She was raised on a farm Southwest of Mapleton for her entire childhood and attended the Mapleton Independent School District from the time she started school until she graduated.

When she was 18, she married Marion Hunt of Turin, Iowa. From this union two daughters were brought into the world, Janelle Irene Hunt, and Rabecca Rose Hunt. During the years, she lived in Nebraska, Iowa, and New Mexico. While in Nebraska she performed the duties of a housewife; moving to Des Moines, Iowa she not only was a housewife but worked in retail for J.C. Penny’s. Later she moved to Adair, Iowa where she was the co-owner of a restaurant and lounge, while continuing to raise her two daughters. After that she moved to Gallup, New Mexico where she continued raising her two daughters, while working in a retail grocery store, working in retail at Montgomery Wards and then becoming manager of a Coach house gift shop. She then moved to Rio Rancho, New Mexico where she worked in retail at Walmart until her retirement in 1992.

In 1993 she married Larry Johnson of Rio Rancho, NM. During this union she was able to excel in the things that she enjoyed doing the most, being the consummate homemaker and volunteering with youth programs. She was intimately involved with Youth Shooting sports programs and enjoyed working with the youth who in turned loved “Ms. P.” as she became known. She was a Volunteer Hunter Education (HE) Instruction for the Department of Game and Fish, worked in the Stat Office for the NM Youth Hunter Education Challenge (YHEC) program, on staff for the International YHEC program, a Staff Range Officer for the National & State 4H Shooting Sports program, Staff Member for the Becoming an Outdoor Woman (BOW) program and an instructor for Map and Compass to various Youth & Women’s programs. She was an NRA Certified Rifle Instructor and Range Officer. She was also certified as a NMDG&F Instructor, Home Study, Live Fire Instructor for more than 20 years. She taught many classes of HE, totaling over 2000 students in the 20 years she taught. In addition, she was under contract to NMDG&F to teach the Administration and Orientation course which was the class that certified new volunteer instructors for the state. She was also a volunteer for Presbyterian Healthcare Services and was a coordinator for the Diabetes Support Group.

In addition to all the efforts that she has made she also worked as a Reunion Coordinator for Larry’s veterans’ group, the Army Otter Caribou Association (AOCA). She excelled in the ability to ensure that the reunions were planned and executed in an expert manner, ensuring that all members attending the reunions were made to feel welcome and made sure that they had whatever they needed to have a good experience. This effort involved her coordination of the contracts with the various venues that were required for the reunions, making sure that the registration was set up and executed to ensure that the members had the maximum amount of time to enjoy themselves. She was also intimately involved in getting the various tours and events in place for the enjoyment of the attendees. She oversaw all the administrative details that were required to make the reunions go off in a timely manner. She was a life member of the AOCA, NMHEAI, NRA and the Disabled American Veterans Auxiliary (DAVA).

Throughout these past 32 years Phyllis was able to travel in Europe, Southern and Western Caribbean, Mexico, and Canada as well as cruise in the inland Passage of Alaska. Phyllis and her husband were able to tour the Northwest, Southwest, Midwest, Northeast and Southeast both in their Motor Coach and automobiles taking in all the wonderful sights that our great country has to offer. Phyllis was always looking

to learn something new and bring it back with her and in later years spent time imparting this knowledge to others. She loved her travels and especially in Europe where she was able to see where her ancestors were originally from in the mid 1600’s. She enjoyed keeping up her Genealogy that had been started by some of her ancestors and was continually searching for more of her family.

She kept in constant contact with many of her friends from Mapleton who she went to school with and always took the time to try and see them when she returned to Iowa for visits. She felt that friends were very special in her life and loved to keep up with them and their families as they grew up and moved on with their lives. She always felt that family and friends were the most important part of life, and she lived it to the fullest.

The melded family that was acquired when she married Larry and this union provided her with her two daughters, three stepsons, 17 grandchildren and 30 Great-grandchildren. During these retirement years she was able to focus her attention on her great-grandchildren and enjoying them to the fullest. In turn they loved “Nanny” as they called her. She displayed her “teaching skills” as she was able to assist with the home schooling of her first great-grandchild and she prided herself in the fact that she had assisted in the raising of three (3) generations. One of her great attributes was to ensure that she never missed anyone’s birthday or holiday, taking the time to go and search all the cards and pick out just the right one that suited that person. She made sure that she always got the cards to all the grandchildren/great-grandchildren on time. She was asked one time, “How long will it be before you have to quit giving gifts to all of your great-grandchildren.” Her answer, “I don’t know.”. She made sure that she kept “gift money” aside to ensure that the little ones always had something from Nanny & Papa. She was very adamant about that and wanted to ensure that the little ones were taken care of. Her display of love for all her family is something for all of us to emulate and it never wavered regardless of the situation. She was able to deal with whatever life dealt her with wisdom and grace, always making the proper decisions.

Phyllis is survived by her husband, Larry of 30 years, two daughters, Janelle (Joe) Schear of Des Moines, NM, Becky (Mickey) Cotten of Rio Rancho, NM, stepsons, J. Mark (Michelle Provencio) Johnson of Las Cruces, NM, and David (Jenny) Johnson of Gilbert, AZ. All her 17 Grandchildren & 30 great-grandchildren are scattered to the four winds and not in one place as with our mobile society this day and time. In addition, she is survived by two sisters, Anita Schelm, Mapleton, IA, and Betty (Bob) Halterman, Sergeant Bluff, IA, along with multiple nieces & nephews. She was preceded in death by her parents, Marion & Dorothy Rose, sisters, Claire Rose, Gloria (Rose) Armstrong, Elaine (Rose) Shook, Brother-in-law, Buzz Schelm, as well as her maternal & paternal grandparents, one granddaughter, Audrey (Schear) Gayle and one stepson, James R. Johnson

A memorial celebration of life with a reception immediately following will be held at 1100 am on December 17th, 2022, Phillips Chapel, CME Church located at, 1401 Edith Blvd., SE, Albuquerque, NM, 87102 with the Reverend Bill Dorn of the CME Phillip’s Chapel officiating. A private burial service will be held at Santa Fe National Cemetery for the family at a later date. Cremation has taken place under the direction of Riverside Funeral Home, 225 San Mateo, NE, Albuquerque, NM. Phyllis requests that NO FLOWERS be sent, rather that anyone wanting to may donate to a charity of their choice or the Disabled American Veterans Auxiliary, Unit 3, 2511 Utah, NE, Albuquerque, NM, 87110

To send flowers to the family or plant a tree in memory of Phyllis Johnson, please visit Tribute Store

Share Your Memory of
Phyllis
Upload Your Memory View All Memories
Be the first to upload a memory!
Share A Memory
Send Flowers
Plant a Tree