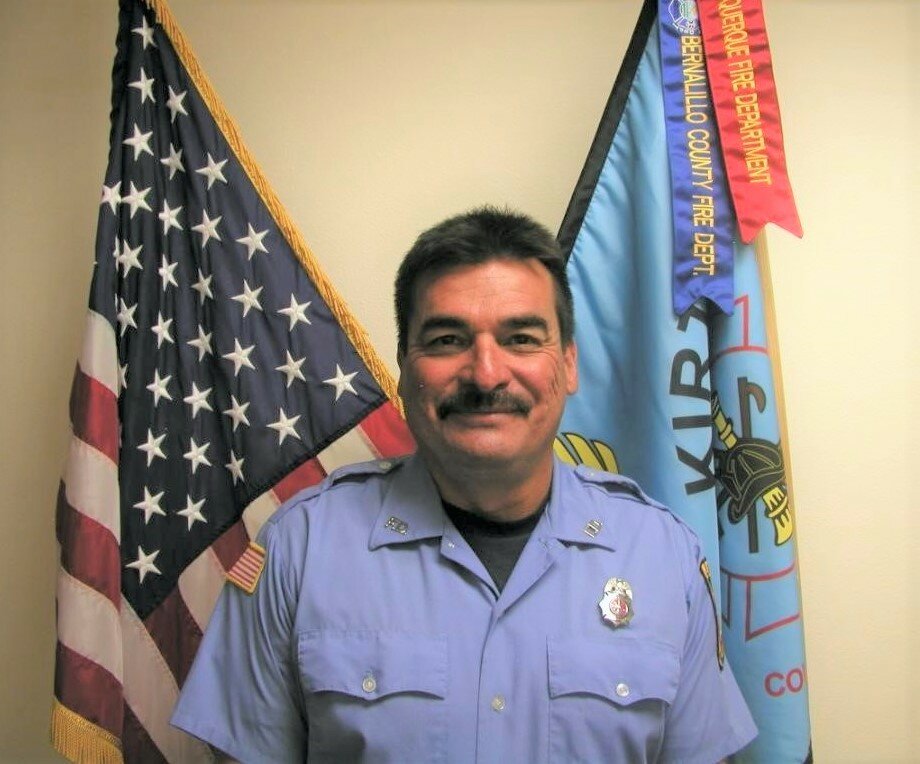 Eddie was born in Roswell, New Mexico on May 9, 1959 where his father was stationed at Walker Air Force Base. Eddie grew up in Las Cruces and after graduating  from Las Cruces High School in 1977, like his father, he enlisted in the U.S. Air Force. He was stationed at RAF Woodbridge in Ipswich, Suffolk, England where he trained as a firefighter.  After serving his country for four years, Eddie returned to Las Cruces where he worked as a painter for several years.  In the early 1990s, Eddie moved to Los Lunas and then Albuquerque, and resumed his career as a firefighter working at the Kirtland Air Force Base Fire Department for many years.

Eddie loved the outdoors, especially camping, hunting and fishing.  He enjoyed staying in shape by running and doing push-ups in the park.  He also enjoyed cooking and would show his love by making Las Cruces style Mexican food for his friends and family. Eddie had a strong faith in God and would always try to make a yearly pilgrimage up Tome Hill or A-Mountain during Easter.  We will miss discussing the news with him over a cup of coffee, eating his home cooking, and the way he laughed, even at dumb jokes.

To send flowers to the family or plant a tree in memory of Eddie Dominguez Jr., please visit Tribute Store