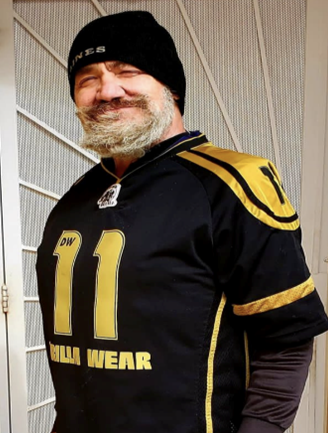 Eric Andrew Sanchez, 58, was called home by our Lord and Savior on November 23rd, 2022. Eric was born in Albuquerque, NM on January 28, 1964 to Melquiadez “Mel” J. Sanchez and Juanita “Jane” Sanchez. Eric was the middle child having an older sister, Sandra, and younger brother Bruce. Eric graduated from Albuquerque High School and went on to get his Bachelor’s in Chemistry from UNM. During his college years, he was a Campus Crusader for Christ. Eric was also an avid body builder with a passion for fitness and nutrition. He shared his passion with others by being a personal trainer the majority of his adult life.

In 1992, Eric met his wife Marcy and began the role of a family man. He was a great family man, with an unmatched love for his wife and two daughters Tanya and Kaitlyn. He always referred to his girls as his stars. When his grandchildren were born, he felt blessed beyond measure. Eric’s kind heart and gentle nature were evident to anyone who had the pleasure of meeting this muscle packed giant. He was an unforgettable man with a beautiful soul. He will be dearly missed by family and friends alike.

Viewing will be from 10:00am-11:00am and the service will immediately follow.

To send flowers to the family or plant a tree in memory of Eric Sanchez, please visit Tribute Store

Share Your Memory of
Eric
Upload Your Memory View All Memories
Be the first to upload a memory!
Share A Memory
Send Flowers
Plant a Tree