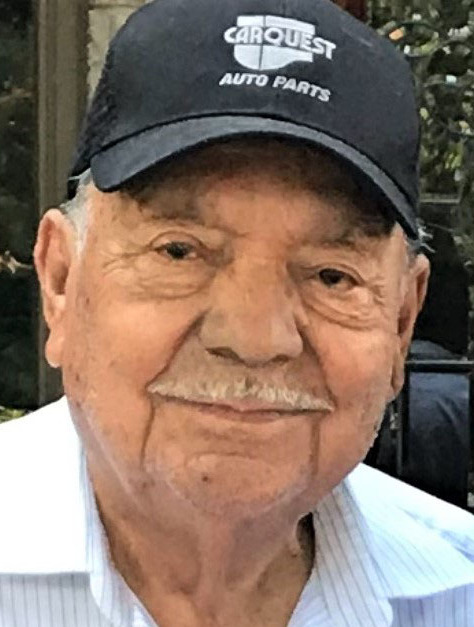 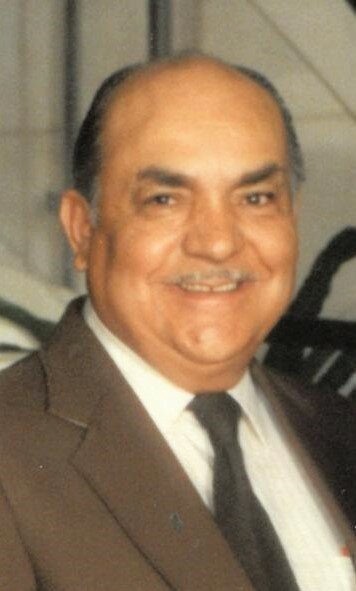 We are saddened to announce the passing of our beloved husband and father Estolano Griego aka. Tony E. Griego. He passed away comfortably on Friday, January 06, 2023, at the age of 87. He was truly the Patriarch of our family. He was born on August 19, 1935 to Candelario and Demesia Griego on his family’s homestead ranch in a stone cabin in the Juan Tomas, NM area (Manzano East Mtns) 30 miles east of Albuquerque, NM.

Estolano is preceded in death by his parents, 7 sisters and 3 brothers of which he was the youngest. He attended school in Juan Tomas and Stanley, NM He then moved to Albuquerque & later graduated from Albuquerque High School in 1957. After High School Graduation he served 4 years active duty in the U.S. Army and was stationed at Ft. Chaffey, AR and Eagle Mtn Army Base, Ft. Worth, TX as well as other locations. He also served for 9 years in the U.S. Army Reserves.

He married the true love of his life, Lucy Martinez on April 26, 1958, with which he shared 64 years of marriage. Nothing could break the strong bond they had with each other. They were the true meaning of everlasting love! They knew each other since grade school in Juan Tomas, NM where they all attended a one room - all age schoolhouse.

He opened his own auto parts store in 1976 in Los Lunas, NM (All Motor Parts & Supply – CarQuest). The business is still in operation today, 47 years later, Thanks to his 2 sons (Clyde and Joe) and daughter in-law (Sandra) who have run the business alongside each other since the beginning. He was very proud to have his legacy thrive long after his retirement.

Estolano & Lucy lived in the Martineztown neighborhood in Albuquerque for 60 years on the original piece of land he moved to with his parents at the age of 11. They then moved to Los Lunas, NM where they lived for 17 years. They kept very busy running the auto parts store and simultaneously maintaining a herd of 45-50 cattle on his boyhood ranch. Each calf was almost like a new grandchild who they enjoyed naming after birth.

Estolano also had a great passion for hunting. He applied to go on a hunt every year.

He served as the Chairperson for the Bernalillo-Sandoval County Soil Conservation Board of the United States Dept of Agriculture (USDA) for 4 years.

During Estolano and Lucy’s lifetime together, they traveled to Berlin, Munich, Prague, Venice, Paris, London, New York City, and Hawaii and numerous other adventures. They also celebrated their 50th Wedding Anniversary in Niagara Falls, NY in 2008. He enjoyed a long and fulfilled life.

He is survived by his wife Lucy Griego of Los Lunas, NM. 3 children; Clyde (Sandra) Griego of Tome, NM; Dorothy (Fred) Jensen of Ft. Worth, TX; and Joe (Ramona) Griego of Albuquerque, NM. He was fortunate to have 6 grandchildren and one great-granddaughter who he loved very much. Grandchildren; Robert Griego and Demi (Alex) Flores, Ryan and Cameron Jensen, and Kayla and Julia Griego; Great-Grandchild; Lucia Griego of Las Vegas, NM.

He touched many lives with his witty personality and sense of humor. He will be greatly missed!

A Visitation will be held at 6:00 pm in the gathering room at San Clemete Church followed by a Rosary at San Clemente Church located at 244 Luna Ave. SE, Los Lunas, NM on Wednesday January 18, 2023, at 7:00 pm.

A mass will also be held at San Clemente Church in Los Lunas, NM on Thursday January 19, 2023, at 10:00 am. Burial will follow at Barton (Mountain Valley Cemetery) on Barton Rd, Barton, NM (East Mtn area) east of Albuquerque.

To send flowers to the family or plant a tree in memory of Estolano Griego, please visit Tribute Store

Share Your Memory of
Estolano
Upload Your Memory View All Memories
Be the first to upload a memory!
Share A Memory
Send Flowers
Plant a Tree