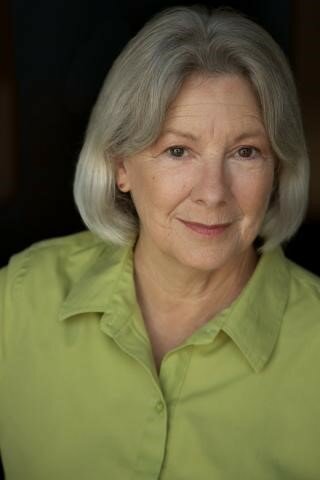 It is with great sadness we announce the passing of Mary on Sunday, January 23rd at University of New Mexico Hospital after a brief battle with cancer.

She was born in Munich, Germany, to U.S. Army Lt. Colonel Norman and Helen Woods. Soon after the family returned to the United States where they lived in Baltimore (Dundalk), Maryland, Stamford (Glenbrook), Connecticut, and Arlington, Virginia. She attended Bishop O’Connell High School in Arlington. She graduated from The Catholic University of America in Washington, DC with a BA in Drama.

Mary moved “out west” in the 90s living mostly in Salida, Colorado, Santa Fe and Albuquerque, New Mexico. She fell in love with the people and cultures of the area and never looked back east.

Mary was an accomplished actor performing in theatre, movies, television and streaming productions. She was a member of SAG-AFTRA as well as Actors Equity Association. She appeared on stage at Arden Players, Santa Fe, Arena Stage Washington DC, Ford’s Theatre DC, National Portrait Gallery DC and many other theatres.

Mary was also a magnificent voice of audio books having recorded Talking Books for the Blind and Disabled for the Library of Congress. (1979-2000). She won the Alexander Scourby Narrator of the Year Award for Fiction in 1977.

She is survived and greatly loved by her eldest brother, Joseph (Dorsey), many nieces and nephews, and great nieces and great nephews. It would be remiss to leave out that she is also survived by her cats, Sam and Dave, whom she loved

dearly. She is predeceased by her parents and her loving brothers Peter (Mai), John (Josefina) and Maurice Patrick.

Mary was a lover of music, literature, movies, archery and poetry. She was passionate in all her activities and interactions. Everyone who knew her, and they are legions, admired her generosity, compassion, honesty, empathy, talent, cleverness and humor. She will be sorely missed and leaves a big void in many lives.

The family want to thank the doctors, nurses, technicians and the entire caring staff at University of New Mexico Hospital (Adult Oncology). Their compassion and love for Mary was evident during her entire journey with them. Words fail to express our appreciation.

A Vigil Wake, an evening of prayers, rosary and remembrances by friends, will be held at Immaculate Conception Church, 619 Copper Ave. NW, Albuquerque, NM, 87102 on Wednesday, February 1st, at 6:30 PM. A Funeral Mass will take place on Thursday, February 2nd, at 10:00 AM at the same location.

In lieu of flowers donations to Catholic Charities, The Humane Society of Albuquerque or the charity of your choice would be Mary’s wish.

The family can be contacted by email at jox1@videotron.ca

To send flowers to the family or plant a tree in memory of Mary Woods, please visit Tribute Store