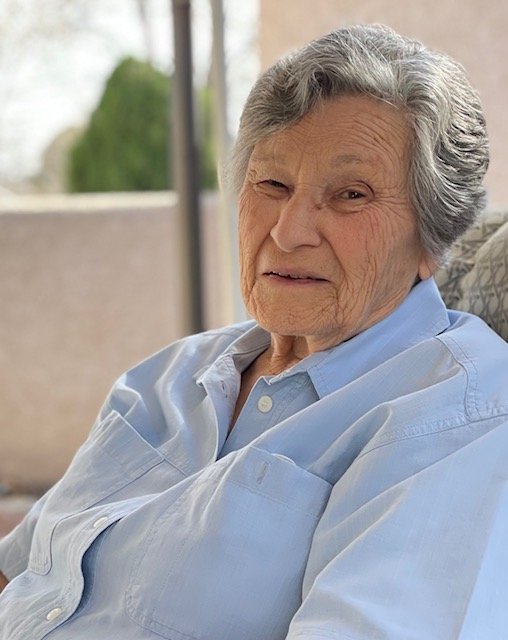 Zona Lou Brown White of Albuquerque, NM went to be with the Lord on Sunday July 18, 2021 at the age of 82. A celebration of life will be on August 2, 2021 at 10:00 am at Netherwood Park Church of Christ with Walter Lane officiating. Burial will follow in the Sandia Memory Gardens. Arrangements are under the direction of Riverside Funeral Home.

Zona Lou Brown White was born 3 miles east of Elmore City, Oklahoma to Charles Sheldon and Julia Ester Shelton Brown on December 22, 1938. Zona spent her childhood in both Oklahoma and Texas, graduating from Lamesa High school in Lamesa, TX in 1957. She worked at Caldwell’s New Photo during high school and after graduating, she worked at the county clerk’s office. Zona married Jimmy M White on April 27, 1958 in Lamesa, TX. In 1961 they moved to Albuquerque, NM where she lived until her passing. Zona is survived by her husband Jimmy M White of Albuquerque, NM; son, Nathan A White and wife, Teresa of Edgewood, NM; daughter, Cheryl A Coalson of Albuquerque, NM. Zona Adored her 9 grandchildren and 10 great-grandchildren deeply. Never a day passed without her talking about them. Preceding her in death were her 5 Sisters and 4 Brothers.

Zona was very dedicated to her husband, children and grandchildren. Best described as the perfect example of Proverbs 31 as a wife, homemaker, quilter, sewer, gardener and Special Events Coordinator at Netherwood Park Church of Christ.

Her tender, kind, giving and loving spirit will be greatly missed. Zona had a great sense of humor and great giggles that filled the room. She never complained and was quick to dive right in and help no matter what it was.

The family thanks the wonderful caregivers from Hospice De La Luz; Special love and appreciation to Touched by a White Dove; Carmen and Curtis, God truly blessed us with your love and dedication to our family. Zona truly loved you both dearly.

To send flowers to the family or plant a tree in memory of Zona White, please visit Tribute Store