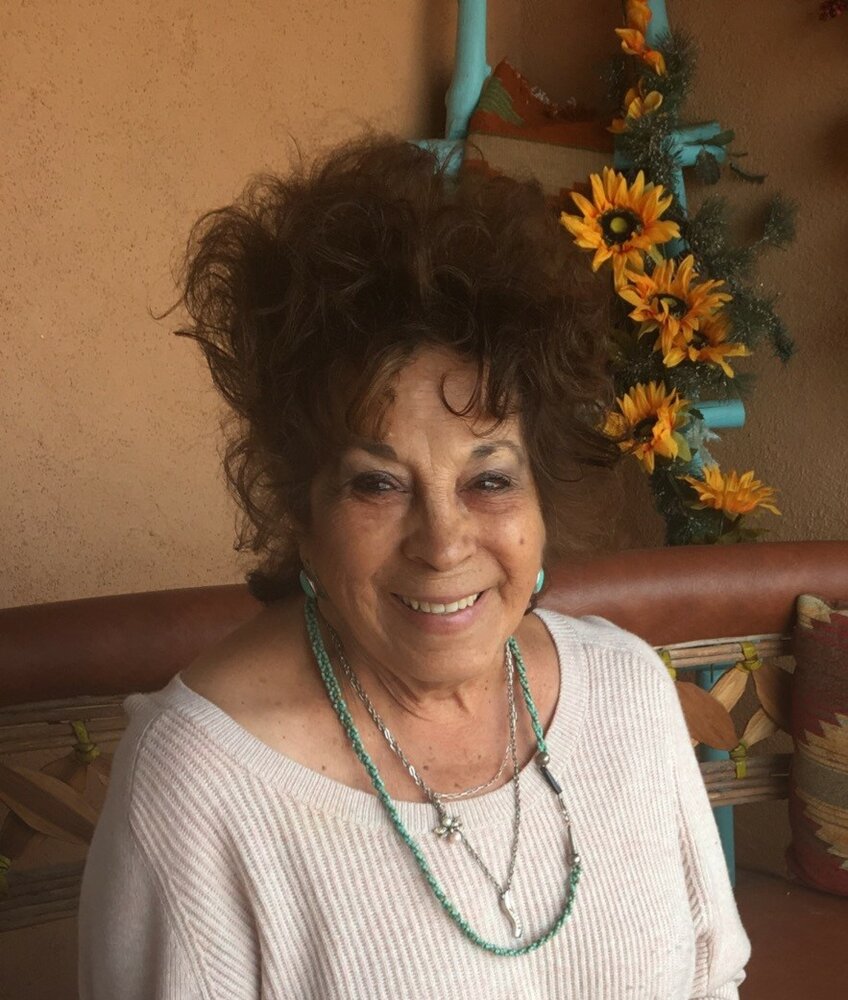 A most loving wife, mother, sister, and friend was called upon by the Lord on February 22, 2022 in Rio Rancho, New Mexico.

She was born on August 1st, 1942 in Mineral Hill, New Mexico to her parents Ramon and Albina Abeyta.

She is preceeded in death by her parents. Her brother Sam Abeyta. Her daughter Armella Edwards. Son Diego Romero. Granddaughter Amanda Johnson and Uncle Willie Trujillo.

Funeral mass will be on March 18th. 10:30am at St. Thomas Aquinas Church (1502 Sara Rd. Rio Rancho. NM) with a reception to follow at the Reception Hall.

To send flowers to the family or plant a tree in memory of Georgiana Romero , please visit Tribute Store