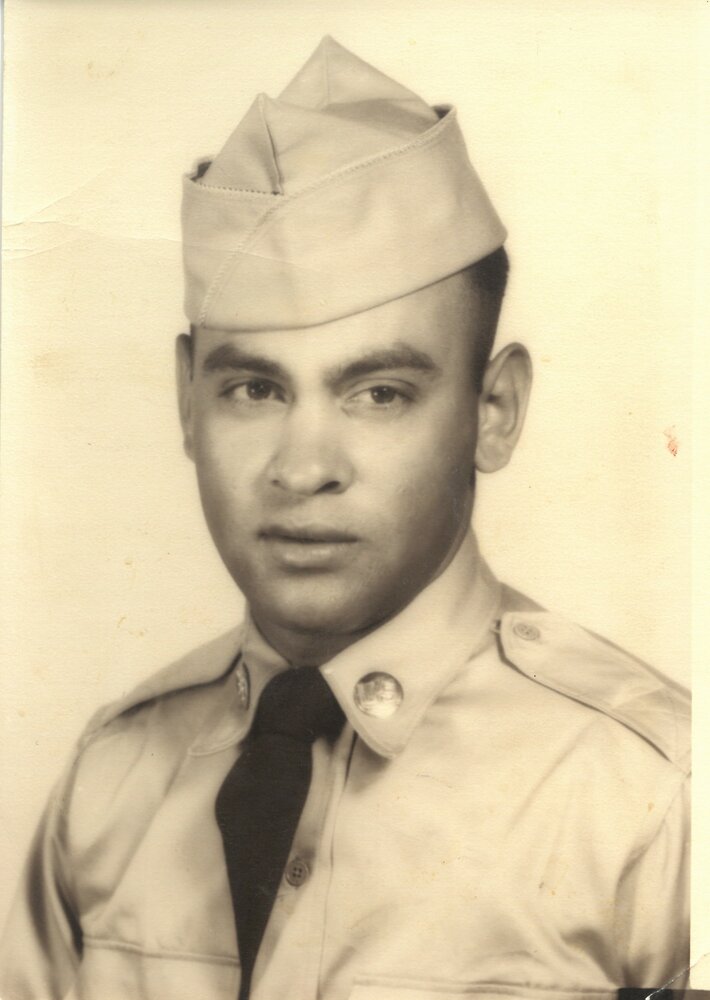 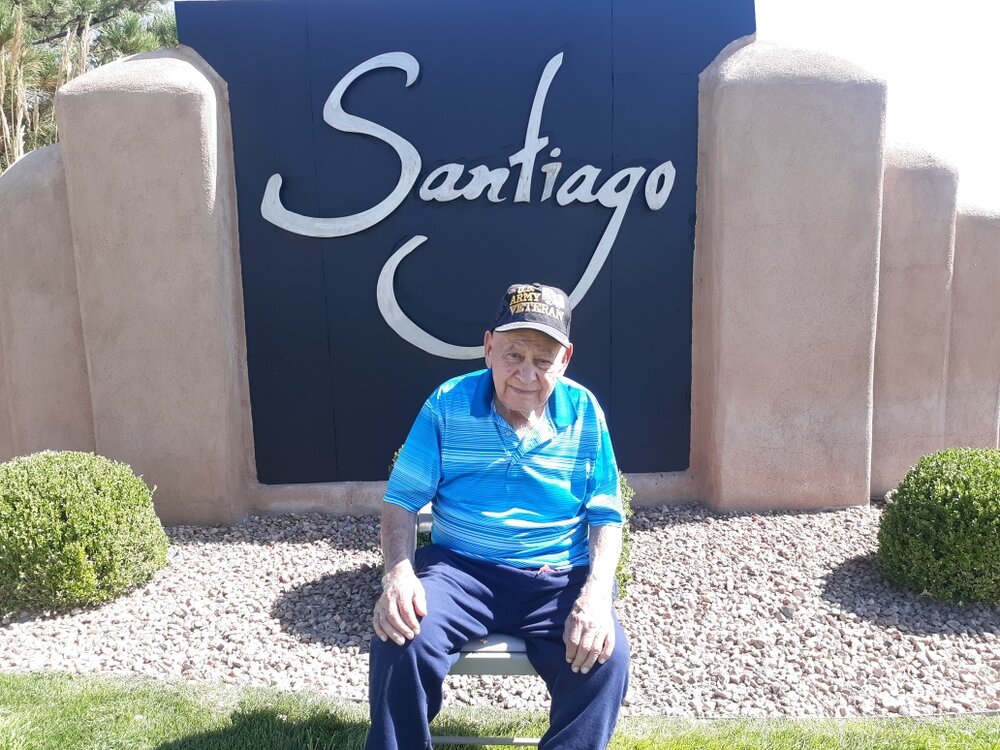 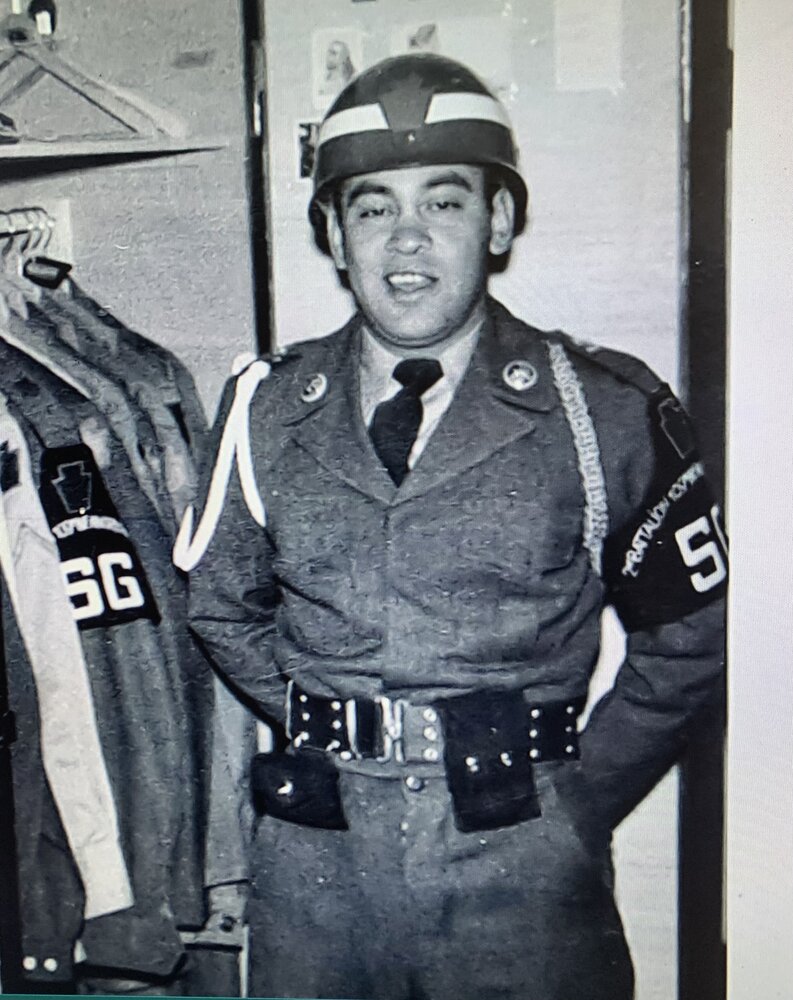 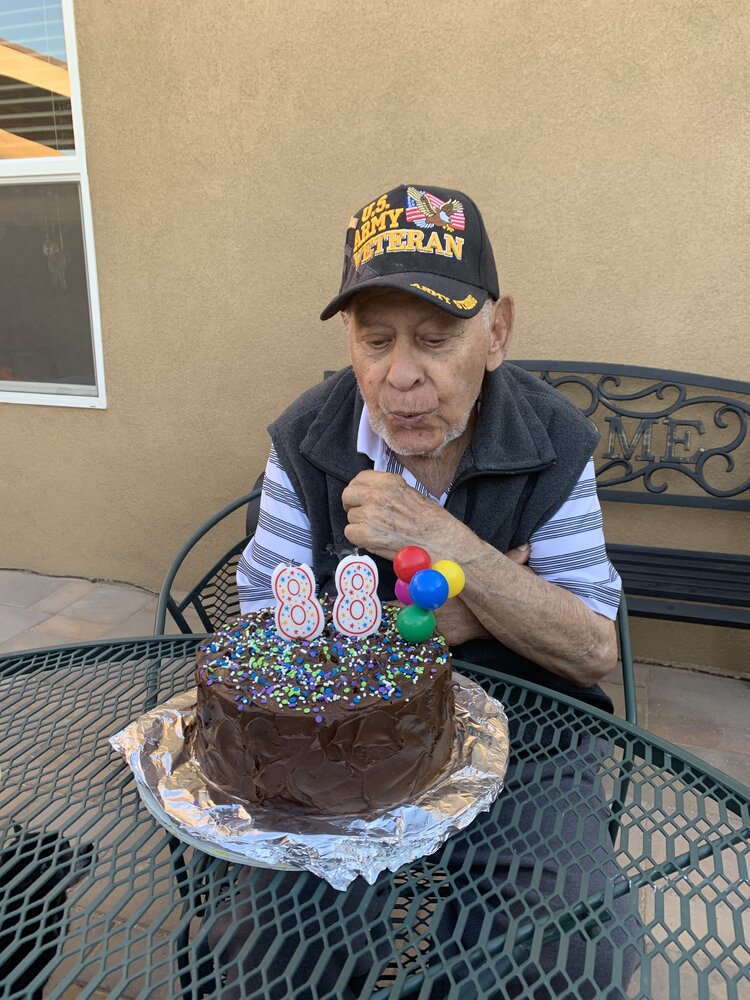 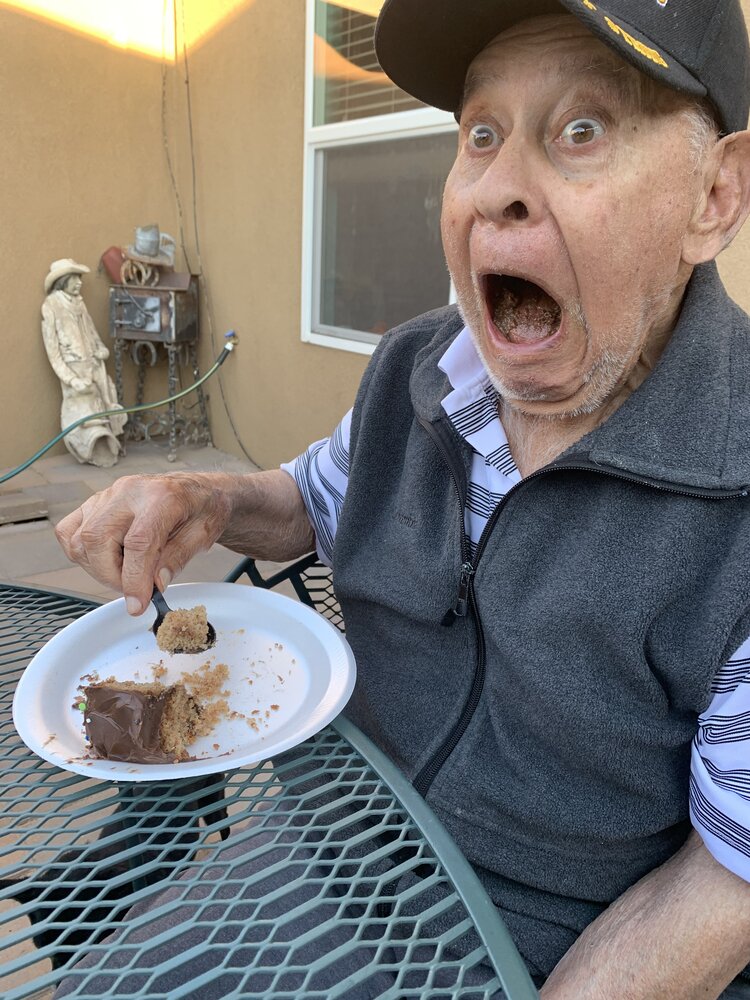 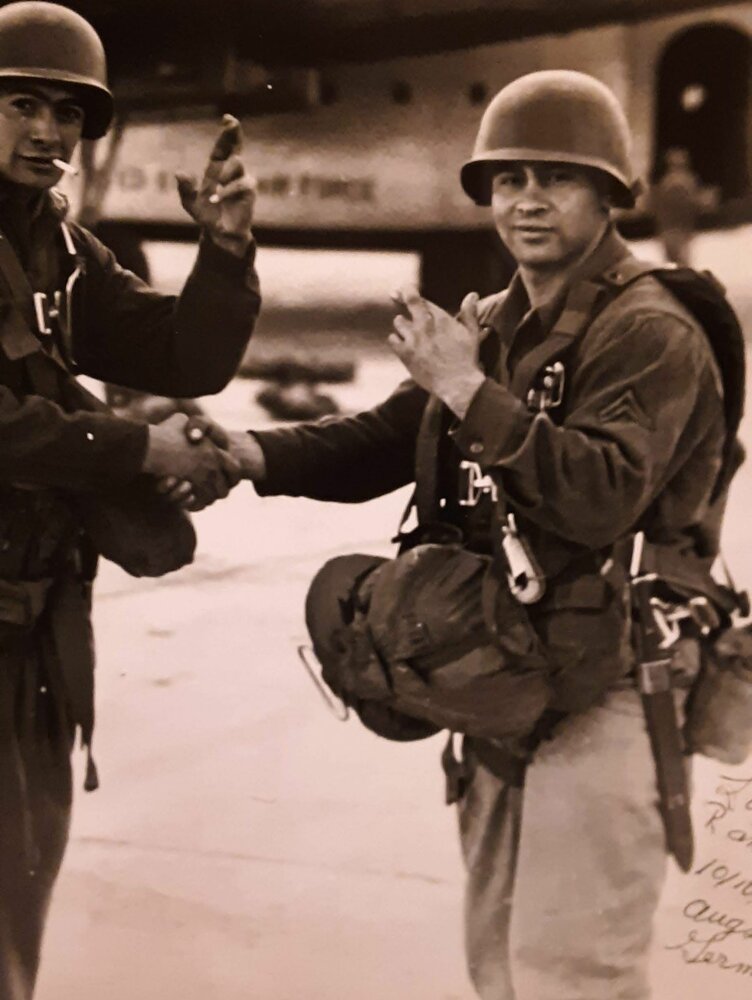 Santiago Hinojos Ramirez, 88, of Albuquerque met the Lord at the Pearly Gates on February 16, 2022.

Viewing will be held Wednesday, March 30th from 5pm to 7pm at Riverside Mortuary, 225 San Mateo NE, masks not required. Mass will be held, 10:00 am, Thursday, March 31st at Queen of Heaven Church, 5311 Phoenix Ave., NE. Masks are not required but recommended by the church. Burial will follow at 1:30 at the Santa Fe National Cemetery, 501 N. Guadalupe St., Santa Fe. Masks ARE required.

Santiago came into the world (wearing clown shoes) on May the 1st, 1933 in Tierras Nuevas, Mexico to Juan and Simona Ramirez. He was born the youngest boy of 12 children. His family eventually moved to Carlsbad, NM. Nicknamed,"Chagito", he was quick on his feet, becoming a Golden Gloves champion. He loved bowling with his brother -in-law, Pilar, whom he called Buffalo. pitching softball and later picked up golf. He was so thrilled when he was able to caddy for Lee Trevino. When his country called, he enlisted in the army and served during the Koren war.  He was stationed in Augsburg, Germany.  Then came the adventures of civilian life.  He met his beautiful dream wife, Socorro Guerrero at a dance in Artesia, NM. She was chaperoned by her mother, Antonia.  No funny business was going to happen under her watchful eyes. They were married on a cold winter day, January 7, 1956.  A marriage that lasted 64 years before Socorro's passing in June of 2020.  Together they had 7 children, Frank, Joelda, Chris, Jimi, Cindi, Robby and Juan. They were the pride and joy of their parent's eyes. Cherishing each of their accomplishments and each endeavor throughout the years. Those kids definitely kept them on their toes.

Dad was so proud of his first born, Frank's talent.  Every chance he got he would show off Frank's latest drawings. Frank once painted the entire bottom of a pool with a vicious dragon. Before it was filled with water of course. It was the coolest thing ever! Joelda his first daughter, thought of him as her hero. In high school she had left her sewing project in her locker. She was devastated because it was Saturday, and we were all heading to Carlsbad for a wedding.  Her skirt sewing assignment was the only thing she had to wear to the wedding. Dad got up and said, "I'll be right back".  An hour later he shows up with the skirt in hand! How in the world did he get it? How did he know which locker? How did he get into the school? The windows were definitely too high for him to climb in! He was her HERO. The world may never know how he did it. Chris was the third child. Well, out of 4 boys he needed a lot of help learning how to pitch a baseball. He wasn't catching on quickly.  Dad told him to throw the ball straight up in the air as hard as you can. He did so and his left leg went up in the air as well!  Yes!!! Dad yelled just like that! That's what I've been trying to teach you. The concept finally hit Chris right between the eyes, and so did the ball!  Ask Chris if he chews gum while playing baseball anymore. Two years later Jimi Jr. arrives.  He was a sneaky one, always up to something. One evening dad had a feeling something wasn't right. He stayed up all night waiting for Jimi to come home. As he was quietly climbing in the window to crawl back into bed, dad says, "Jimi, I was worried about you, I stayed up all night".  Jimi replied, "Me too dad". Then comes Cindi #5, they started to call the kids by their birth number, too many names to remember, I guess. She had her daddy wrapped around all her fingers. He always protected her and kept her safe. from her rough brothers. When they played football, she was the football. The runt of the pack was Robby. He was very creative he once made a robot out of a Schiltz Beer can and lots and lots of grey tape. Wonder where he found that can? You never left anything laying around, because it would disappear and reappear repurposed or perhaps attached to the spokes of his bike.

He had many jobs under his belt and a few beers too. He was a floor layer, a plumber, a mechanic, a referee to many of our fights, a florist (he brought mom flowers), a teacher, a comedian (Jonathan Winters had nothing on him), and a life saver to name a few.  He saved a man's life that was hit by lightning on the golf course. Henry and his family became close family friends, even to this day.

A Legacy of LOVE is what we need to continue.  United was his motto. We will all miss you dearly. Via con dios.  Reunited with your love!  Keep in Touch.

Finally, all of you should be of one and the same mind (united in spirit) sympathizing with one another, loving each other as brethren of one household, compassionate and courteous, tenderhearted and humble. 1 Peter 3:8

To send flowers to the family or plant a tree in memory of Santiago Ramirez, please visit Tribute Store
Wednesday
30
March

Share Your Memory of
Santiago
Upload Your Memory View All Memories
Be the first to upload a memory!
Share A Memory
Send Flowers
Plant a Tree