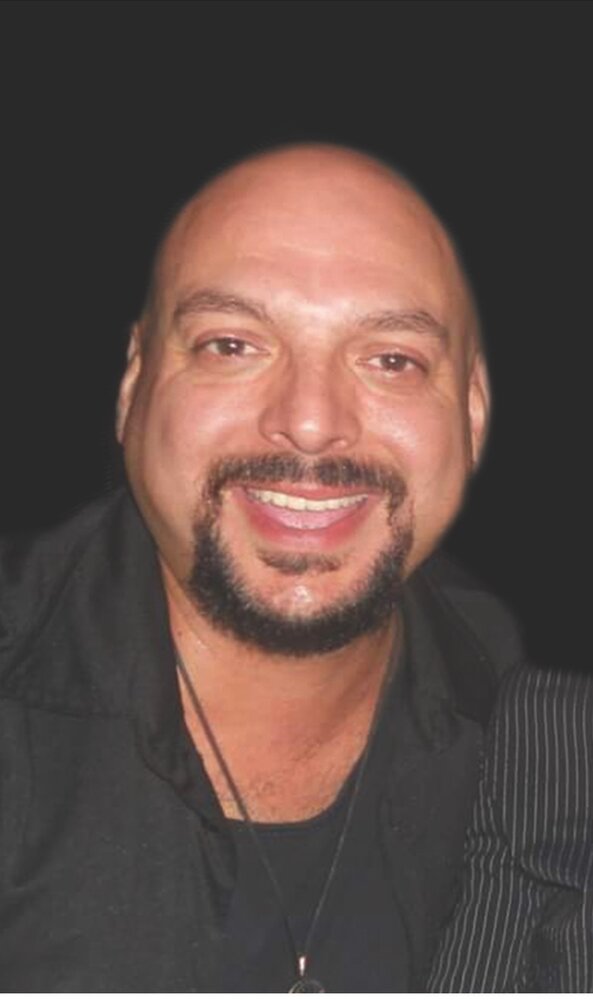 Ronald Steven Salazar 55, of Albuquerque passed away on the morning of April 27th, 2022. Ronald was born on September 15th, 1966, in Espanola, New Mexico. He was known to his family and friends as “Ron”. As a brother, uncle, nephew, cousin and friend he lived a great life. Ron had the biggest heart and such a gentle soul. He worked as a Production Manager with the Ambitions Consulting Group in Albuquerque. Ron was a talented musician and an artist in his spare time. He loved camping, hiking, fishing, golfing and spending time with his family and friends. He was preceded in death by his beloved parents Jose (Mickey) Salazar and Lillian Salazar. He is survived by his three sisters Hazel, (Ernie) Rodriguez of Albuquerque, Sandra Salazar, (James) of Tijeras and Valerie Salazar of Espanola. Nieces and Nephews: Vanessa, (Nico), Andre and Aria Borrego; Jennifer, (Stephen), and Lucas Garcia; Kevin Smyth, Cassaundra Smyth; and Vicente Salazar. A Mass will be held at Our Lady of Annunciation Catholic Church, 2621 Vermont NE, Albuquerque, New Mexico on Wednesday, June 22nd 2022, at 10:00am. A private burial will be held at a later date.

When Ron was 13, he picked up his sister Val’s guitar and started playing that guitar as if he had been playing it for a long time, he was a natural. Ron asked his mom if he could take guitar lessons and of course his mom couldn’t say no to her “Favorite Son”, as Ron called himself. Thank you all for being here today, it is with heavy and broken hearts that we are here today, not to say goodbye, but to celebrate the life of an amazing man. A man that was loved by so many and will be missed by all who knew him.

Ronald was known to his family and friends as “Ron”. He was an extremely talented professional artist, he showed this in his music, paintings, drawings and his work as a Production Manager at Ambitions Consulting Group. Thank you to Ambitions Consulting Group for allowing Ron to be part of your Ambition’s family. He loved his work and loved you all.

One of Ron’s true passions was fishing. He started fishing when he was just a little boy with his dad, taking him to all of his favorite lakes, rivers and streams. His nephew Kevin remembers on one of their ice fishing trips when Ron used a neon line and caught 3 fish in 15 minutes, he was quite the fisherman. He also loved camping, hiking, golfing, singing karaoke and spending time with his family and friends.

Aunt Toni was like his 2nd mom and would help to take Ron to his guitar lessons during the day while his mom and dad were at work. This was the beginning of Ron’s singing and guitar music career. From playing afterschool with his childhood friends to performing with the “US” band and “Vital Sign”, to recording and playing extensively with the band “Bravo” and performing with another band called “Oldzkool”. One of Ron’s proudest moments was his recording and writing the music for his project “No End”. His main musical talent was the bass guitar; however, he also sang, played the keyboard and the guitar. He was very fluent in Rock ‘n’ Roll music; however, he was versatile in all kinds of music. Over the years we watched in awe as Ron excelled in his musical career and composing his own music. His niece Cassie remembers enjoying his performances when she was young and felt like she was at a concert. We sure loved watching Ron sing and play his music and danced to almost every song. One of our favorite songs was “Pour Some Sugar on Me”, which was also his mom’s favorite song. His niece, Jennifer will never forget singing karaoke to their favorite song “Photograph” by Nickelback and letting him sing louder than her on purpose. He put all that he had into his performances, as he did with everything he did. Ron really enjoyed having his family and friends watch him perform on stage and dancing to the music. He would always give us a big smile knowing how proud we were of him and to share in his passion of music. His niece, Vanessa, remembers that he would be so excited that we had to come to see him play, and wanted to introduce Nico and I to all of his friends and jam out to his band’s music.

Another one of his favorite pastimes was spending time with family and friends. He was always excited to show everyone his new magic tricks, as he had many. You could see him smiling and thinking about how he could fool you as some of these tricks were complicated.

Ron was never into sports but when his sister Val introduced him to golf, he fell in love with it because it was a fun challenge and because he could out drive her. Ron loved spending weekends with Val and Vicente. He would always bring his guitar to play and sing and watch videos together. The best part of his weekend was when Aunt Toni would make him one of her famous delicious homemade breakfasts.

A very admirable quality of Ron was that he was a very positive, kind and a generous person, always smiling and happy. When he walked into a room, you knew it would be with a big smile and a hug. He always made the best out of a bad situation and made friendships everywhere he went. Ron loved his jewelry, and as generous as he was, if you complimented him on a piece he was wearing, he would give it to you. With all these generous qualities he would totally win you over.

His best friend, Dan, said that Ron’s personality was gentle, warm and a very generous man that made him a celebrity in every and all circles left uncounted. We will never forget the love we all shared as a family, which also includes his amazing friends that ultimately became his extended family.

Ron and I had become very interested in biblical scriptures. We were planning on going deeper into study, so that we could both take on weekly bible teachings and attend meetings on Sunday, which he was looking forward to.

Ron, you will be remembered for the loving way you treated others, as he always wore his heart on his sleeve. You will always be our favorite brother, as he called himself and you will truly be missed. Just know that you are forever in our hearts!

We ALL love you. Now and forever….

To send flowers to the family or plant a tree in memory of Ronald Salazar, please visit Tribute Store

Share Your Memory of
Ronald
Upload Your Memory View All Memories
Be the first to upload a memory!
Share A Memory
Send Flowers
Plant a Tree