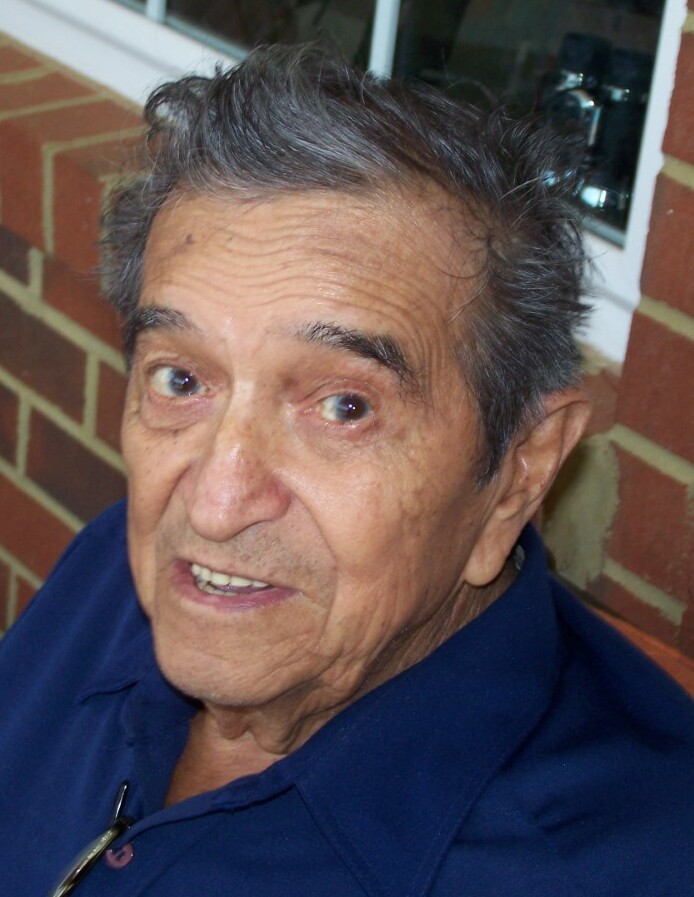 Rudy knew hard work. He picked cotton at the young age of 8. He proudly served in the US Marine Corps in World War II and after his service he became a Brick Mason and moved from El Paso to Santa Fe NM to work on the building of Los Alamos Labs, where he met his wife, Connie. When Rudy wasn’t working, he and Connie would go dancing. Rudy and his beloved wife served at Saint Francis Cathedral, Connie as a cook and Rudy as Usher along with volunteer work at the church.

Along with his love of God and his country Rudy also had a love for reading, mainly historical and news books, magazines, and anything he could find.

He came to live in Albuquerque in early 2014. His son and daughter-in-law (Rey and Kim) welcomed him into their home, and he continued to spend most of his time at the library. He would also go with them on trips to visit Kim’s family in Virginia where they all grew to love him. They were able to take him to the beach which he had not seen since his time in the service. He often said that the natives on Virginia Beach were much friendlier than the ones he had met before.

Rudy is preceded in death by his parents, Juan and Rosa Rosales, loving wife Connie, his son Steve, and daughter Irma (Earl) Fraizer.

He leaves behind his son Rey (Kim) and daughter Vangie Chacon and daughter-in-law Juanita Rosales as well and numerous other family and friends.

Rudy would say to all reading, Thank You and God Bless!

To send flowers to the family or plant a tree in memory of Rudy Rosales , please visit Tribute Store