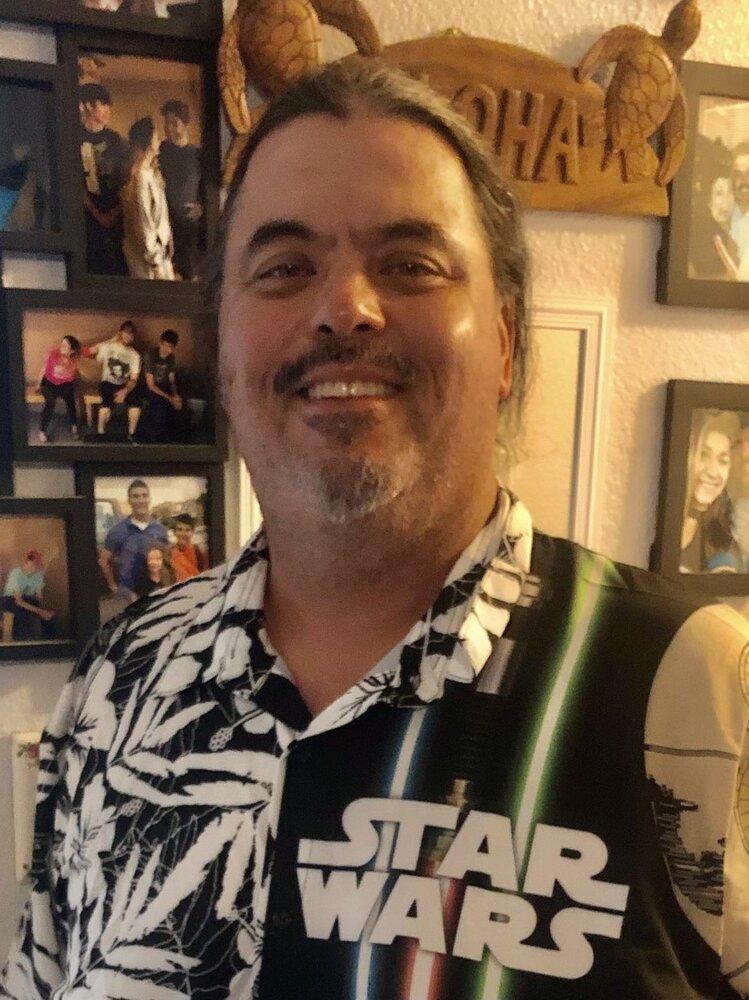 Sanchez, Steven Ray of Albuquerque passed away on Tuesday, June 29, 2022.  He was born September 9, 1971 to Chris and Vickie Sanchez and was a great big brother to Melissa and Christopher.  He married the love of his life, Jessica in 2000 and immediately became father to Timothy.  Orlando and Cassidy soon completed their family.

Steven loved football and played many seasons with the NM Razorbacks.  These football brothers gave him his cherished nickname “Big Nasty”.  His love of the game transitioned to coaching.  He volunteered many countless hours to his children’s football and wrestling teams and he gained many surrogate children in the process.

Family was everything to Steven.  He was the oldest of many cousins that he considered siblings, and was a teddy bear protector to them all.  He is survived by his wife Jessica, his children Timothy, Orlando and Cassidy,  his parents Chris & Vickie Sanchez, grandmother Delicia , sister Melissa (John), brother Christopher (Holly), nephews Landon, Ryan, Ethan, Robert and Matthew, nieces Justyce, Alyssa, Ava and Aliyah, and several aunts, uncles and cousins.

To send flowers to the family or plant a tree in memory of Steven Sanchez, please visit Tribute Store