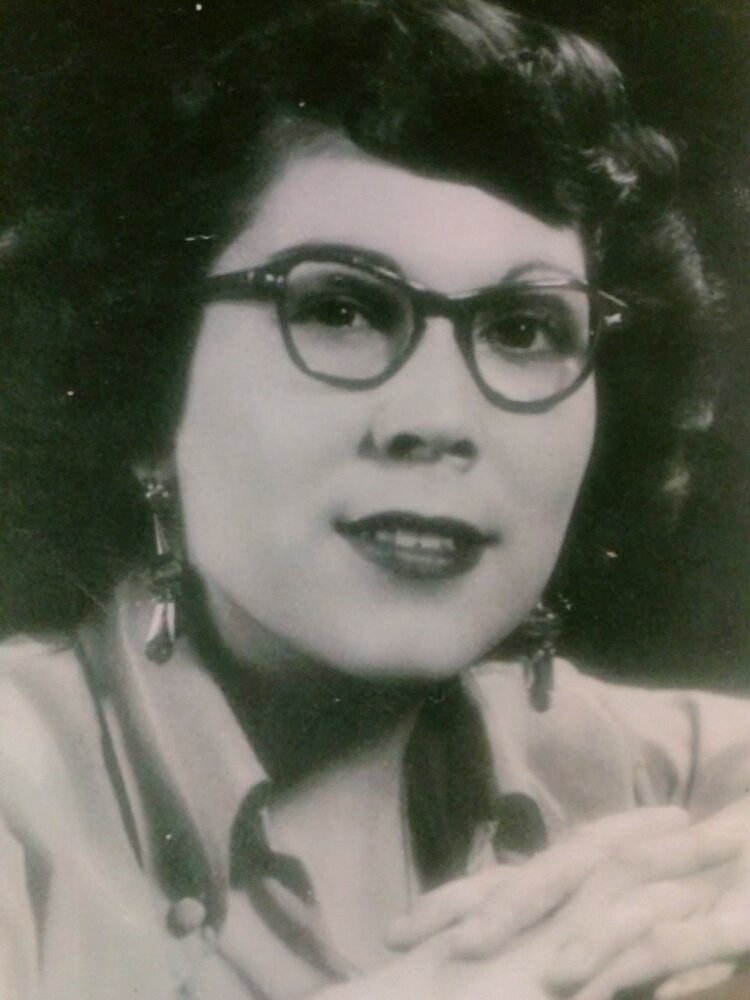 Mary Rita Gallegos Cordova was born on August 2, 1932, in Dalhart, Texas, during the Dust Bowl days, to Epefanio and Senaida “Sallie” Gallegos.

She graduated from Dalhart High School in 1952 then traveled to Albuquerque for a family visit where she met a friend of the family, Tito Cordova, who had just returned from the Korean Conflict.  Mary and Tito married on Sept. 12, 1953.

Mary became a mother in 1955 with the birth of their first child, Barbara Jane;  Joseph and Gloria Christine soon followed.  With a growing family, they bought their first and only home in what was considered the far Northeast Heights of Albuquerque in 1958. Mary and Tito brought Cathrine “Cathy” Annette, and Yvette Elizabeth into the world shortly after settling into their new home.

Mary was a homemaker until Yvette started school.  She spent these years caring for her family, perfecting her sewing, cooking and baking skills which would eventually become her legacy to her many grandchildren, great-grandchildren, and great-great grandchildren.

Once the kids were in school, Mary began working outside the home sewing clothing for Pioneer Wear, then working for GTE in their quality control department for many years.  She and Tito took up bowling in the 1970s, playing in leagues for over 2 decades. Her kids played off and on. And, her grandkids remember fondly many nights at Holiday Bowl with pizza night at Shakey’s Pizza afterward.

Mary always had tortillas and beans when any of her 12 grandkids stopped in, her door was always open. As a grandparent, she was firm yet gentle—never touch her white walls, never leave a half-full soda can, there is always a place to sleep at her house, always take some of her homemade food with you.

After retirement, Mary reinvented herself as an award-winning baker and cook.  She entered and won too many chile cook off competitions to count.  And, she had her 15 minutes of fame when Bobby Flay arrived in her home kitchen during his 2001 FoodNation tour to learn how she makes her New Mexico State Fair Blue Ribbon-winning Biscochitos, the New Mexico State Cookie; her recipe lives on the Food Network website for all to enjoy.

Mary loved to play the slots, she loved her chihuahuas, and she loved to work.  She stayed busy with a part-time job until she was in her late 80s. In her final years, she learned to use Facebook and a smart phone to stay in touch with her family.

To send flowers to the family or plant a tree in memory of Mary Cordova, please visit Tribute Store

Share Your Memory of
Mary
Upload Your Memory View All Memories
Be the first to upload a memory!
Share A Memory
Send Flowers
Plant a Tree