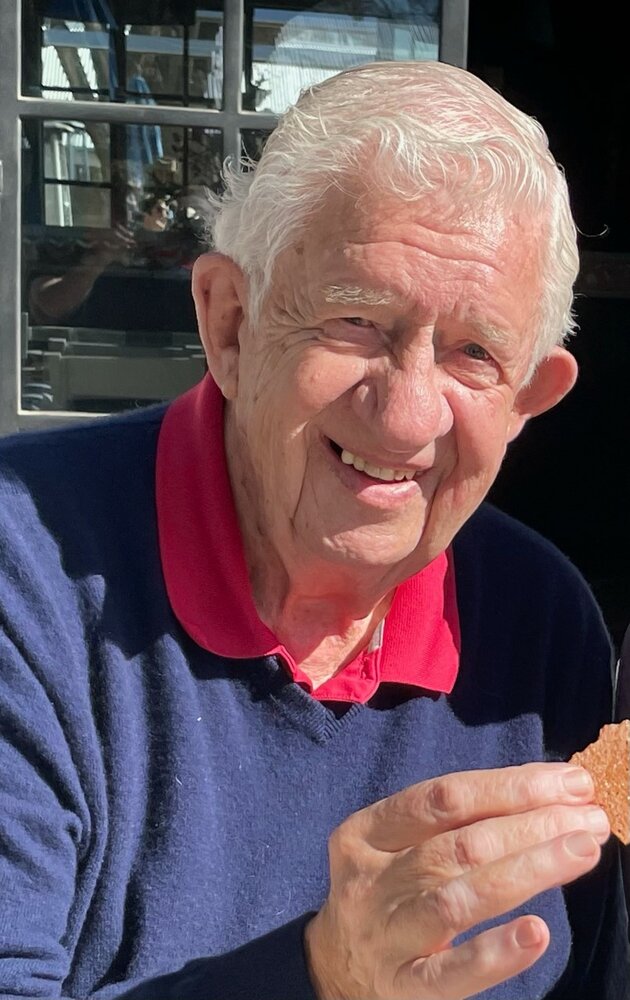 Jack Leon Curtis, born March 2, 1934 in Mt Vernon, Skagit County, WA to Ruth Isadore Easterbrook and Richard Roy Palmer was the second and last child. His older brother Kenneth by two years is still living. As a feisty and playful boy at 7 years, Jack broke his arm. The cast was poorly placed resulting in him spending several months alone away from family in the Junior League Convalescent home near Fort Lawton, now Discovery Park. Surviving these months was the spark of his gregariousness. Roy, a politically charged logger, left the family after building a family dream home in Sedro-Woolley, WA, leaving Jack’s mother to raise her two sons alone. She met “Bud” Mabry S Curtis along the way as her landlord, while residing with her sons in a rooming house. The two fell in love and were married in 1948, Jack and Kenneth were adopted by Bud and given the family name of Curtis.

Jack graduated from West Seattle High School, and went on to graduate in 1957 from the University of Washington. He was invited to a blind date, by a fraternity brother, with Mary Jo Oldenburg’s to her Bellevue High School prom. They were both good dancers and the blind date blossomed into their marriage in 1956 while attending college. Together they had four children Michael Kevin (Ewa Foley) Curtis now residing in Warsaw, Poland, Shiela Marie (Glen) McCully of Ocean Park, WA. Shan A (Terry) Mooney of Ocean Park, WA. and Colleen Clare (Lance) Horton of Bend, Oregon. He is also survived by four loving grandchildren Timothy Mooney of Key West, FL, Kimberly Mooney of Key West, FL, Ian Curtis of San Francisco, CA and Nicole Curtis of Denver, CO.

During the significant recession of the mid 70’s Jack and Mary Jo divorced, in ‘74. Jack remarried and divorced three times thereafter, to Lori, Maxine, and Philly, all great dancers. In Albuquerque, prior to COVID Jack had a committed relationship with Violette.

Looking for work while going to college Jack began his 42-year career with Boeing on the graveyard shift in 1951 while attending day classes at the U of W. In 1957 he graduated with a bachelor of arts in economics, he became lead expediter for the B-52-00. In 1959, Jack was reclassified into supervision as the production control supervisor on Pan Am 707-001 Test and 367-80. An aspiring young man, Jack was promoted to multiple supervisor positions, by 1968 he was unit chief for Everett Bluelines, First flight 747. In 1971 Jack started his Customer Services Career that led him to opportunities overseas. His first assignment was in Istanbul, where Jack’s shoe maker placed his shoes in the store front window for humor because of its large size! Thereafter Jack was transferred to Baghdad where he toured the walls of Babylon and shores of the Dead Sea In 1978, he left Tehran with the Shah during a political uprising, returning to Seattle. His final overseas assignment in 1990 was in Belgium, complete with several fine dining experiences entertaining clients. Jack returned to Seattle again in February 1993, and retired from Boeing that year at the age of 59.

Jack was the first in his lineage to overcome alcoholism. In his recovery he became an AA coach for others working their twelve-step process in Albuquerque, NM. His involvement helped him to stay the course and continue the work in his personal recovery, making amends with his children, friends, and past co-workers.

Jack loved to play golf, and cards from bridge to old maid and any other game that he could win or be scorekeeper. Another favorite pastime was the local newspaper crossword puzzle, it kept his mind in tune, enhanced his vocabulary, and expanded his captivating storytelling. Jack enjoyed fine dining and being interested in his dining guests. He especially enjoyed an afternoon coffee, a peanut butter cookie and deep good conversation. He knew how to have fun and dance.

In memory of Jack; Be Kind, Share a Smile, Be Interested, Laugh, Dance, Have Fun and Live Well.

Also, if people are inclined to send something we are asking for donations instead of flowers to go to one of the two choices below:

To send flowers to the family or plant a tree in memory of Jack Curtis , please visit Tribute Store

Share Your Memory of
Jack
Upload Your Memory View All Memories
Be the first to upload a memory!
Share A Memory
Send Flowers
Plant a Tree