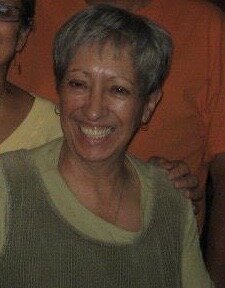 Martha “Tita” Montano, age 77, passed away peacefully on Saturday, November 5, 2022. She was born on August 26, 1945 in Las Vegas, NM and married Felix Montano on September 4,1965 who preceded her death on October 13, 2009. Martha was also preceded in death by her loving and devoted mother, Lucinda Grine Romero.

Martha was a dedicated mother, first and foremost. She was a loving and devoted wife. She treasured her children and embraced every moment with them. She especially loved her role as a grandma. Her grandchildren were everything to her and she cherished spending time with them. Her best friend was Saint, her beloved dog. Martha loved to dance. She could dance anywhere, anytime. Martha also enjoyed reading, making her famous red chili, tortillas and pumpkin rolls, crocheting, making baby blankets, especially for her grandchildren, and taking long walks, especially with Saint. You always saw a smile on Martha’s face while dancing and when she was surrounded by family. Martha also found it rewarding in bringing peace, comfort and joy to others. She often spent the night with friends and family if they had been admitted to the hospital. You could always depend on Martha helping others in times of need.

At the age of 17, Martha began working at the Las Vegas Hospital. She also worked for Northeastern Regional Hospital and retired from Rust Hospital in Rio Rancho from the surgery department at the age of 70. She enjoyed working and did not want to retire.

Martha is survived by her only daughter, Lucinda Montano-Molina, and two sons, Paul and Ramon Montano and fiancé Aurelia Martinez.

Flowers may be sent to the following address before services take place:

In lieu of flowers, donations may be made to:

(In the memo section of the check please write, In honor of Martha “Tita” Montano.)

A private burial will take place in Chacon, NM with immediate family.

Share Your Memory of
Martha
Upload Your Memory View All Memories
Be the first to upload a memory!
Share A Memory