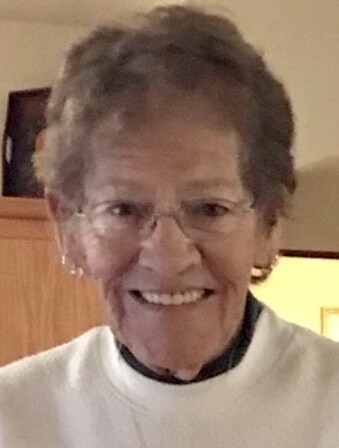 As a child, the family lived at Engle, New Mexico where her father owned a grocery store. She traveled 17 miles by bus to attend school in Hot Springs that changed its name in 1950 to Truth or Consequences after Ralph Edward’s television show by the same name. At the age of twelve, her mother passed away leaving her father to raise two sets of fraternal twins and another young daughter all under the age of fourteen.

In 1958, Flora married John Young, the father of her beloved children, Debra, Wade and Leann. Her little family lived in New Mexico, Washington and Nevada but by 1970, Flora returned to New Mexico with her young children in tow. As a single mother she worked at the Hot Springs National Bank and remained in Truth or Consequences until she met the love of her life Frank Bacon. He convinced her to marry him and move to Socorro, New Mexico. There she worked at the First State Bank until she retired. Flora and Frank spent their summers in New Mexico and wintered in Mesa, Arizona until Frank passed in 2005. Flora continued to winter in Mesa for several years where she enjoyed playing soft ball and pickle ball. She was known for her pickle ball serve which earned her the nickname “Killer”.

Flora was a dedicated mother first and foremost. She treasured her children and embraced every moment with them. She especially loved her role as Grandma. She had a vivacious personality and was an avid football fan. She would often be caught yelling at the referees on the television.

Flora is preceded in death by her parents, her husband Frank Bacon, her sisters Polly Sharon Turner and Sandra Thorpe. She is survived by her son Wade Young of Albuquerque, her daughters Debra and Leann (Robert) Woodruff of Los Lunas, her grandchildren Deann Towne of Lubbock, Texas and Nash Towne of Stillwater. Oklahoma. She is also survived by her brothers Ronnie Turner of Alamogordo and Bobby (Nancy) Turner of Buckeye, Arizona; and her sister Connie (Phil) Kirk of Roswell, New Mexico as well as numerous nieces and nephews.

To send flowers to the family or plant a tree in memory of Barbara Bacon, please visit Tribute Store

Share Your Memory of
Barbara
Upload Your Memory View All Memories
Be the first to upload a memory!
Share A Memory
Send Flowers
Plant a Tree